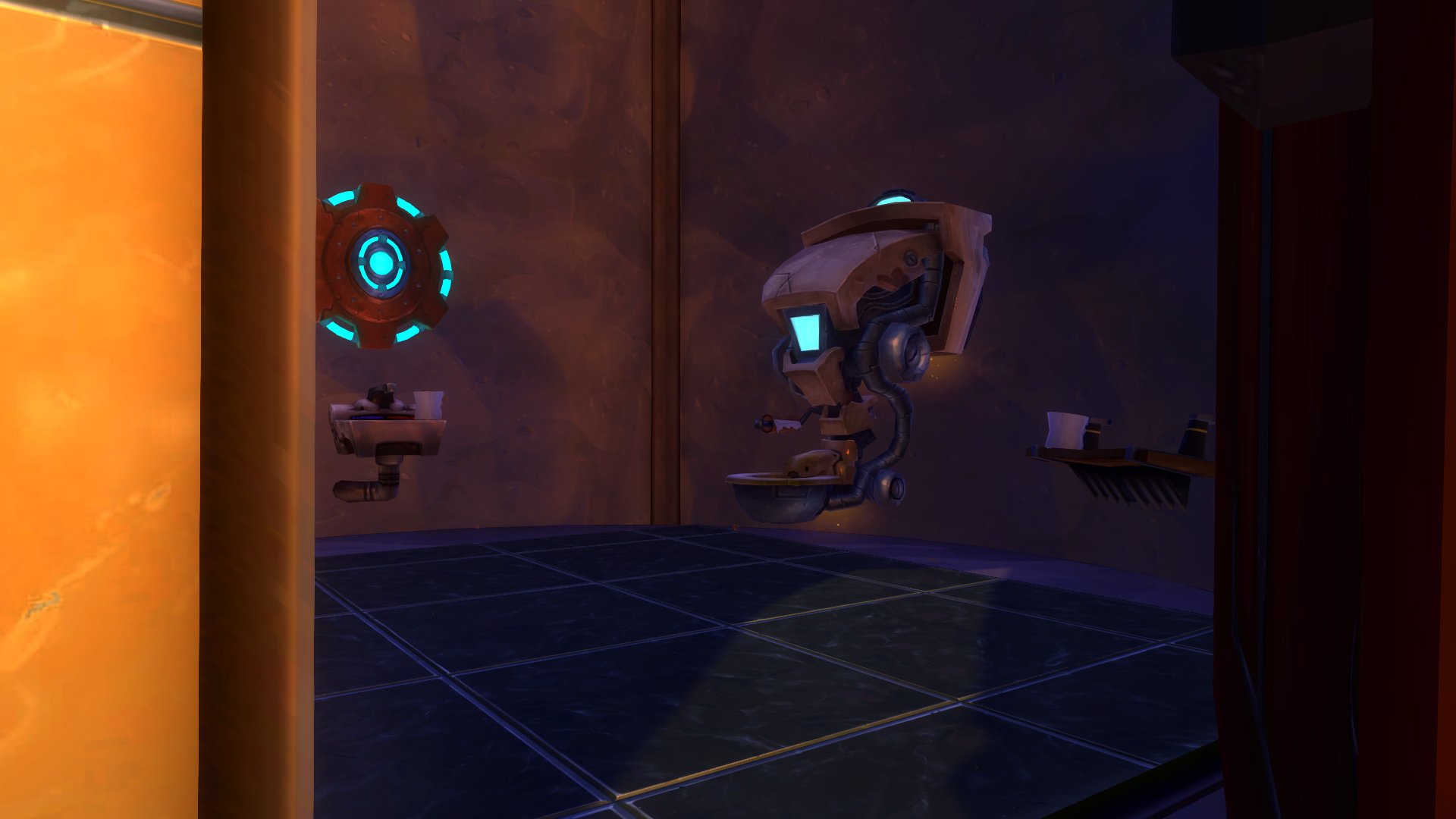 With the exception of very few MMOs, there are simply no toilets or just in general bathrooms in MMOs. Apparently, there is no need for hygiene? From the top of my head, I know that there are a few in World of Warcraft, but they’re mostly related to corresponding quests. I don’t remember the zone or name of the quest, but some dwarf had been in dire need of a roll of toilet paper? I don’t remember regular inns having outhouses or restrooms, though.

Then there is Rift. Now I do know that I never found one here! Except for people’s dimensions which quite often do have a restroom and also often have bathtubs. Mine has a restroom, a sauna and its own shower outside, because it’s set on an island where the sun always shines and what’s better than taking a cold shower in a hot temperature? 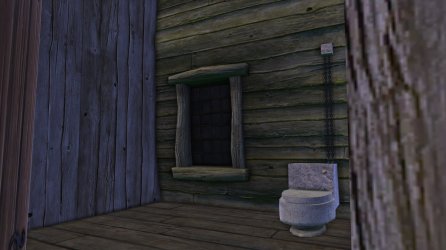 The restroom (behind the stairs on the ground floor) 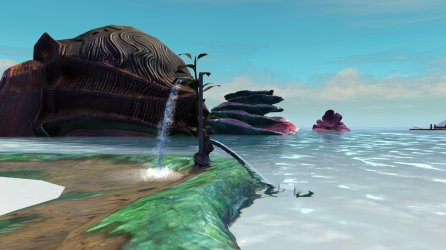 Guild Wars 2 has toilet paper from its Trick-and-treat bags during the Mad King Halloween event, but as far as I know, the only thing you can do is throw the toilet paper… maybe you can roleplay that you’re toilet papering somebody’s house. But there is no other purpose for it in Tyria. Weird things the Mad King invented that nobody knows what to use it for, apparently. The Mystic Forge is sometimes called “Mystic Toilet” as you’re throwing items down there, but I really do hope Tyrians don’t use it for anything else…

Let’s take a look at Lord of the Rings Online… Definitely not a single restroom in Rivendell, at least. I’d have imagined elves enjoy taking long baths, but there is no bathroom either. Even though the game also has dwarves, they don’t offer you quests from inside an outhouse. In fact, there’s no place with a restroom or an outhouse. And then there is Elder Scrolls Online. I haven’t actually seen enough of the game yet, but I also don’t think there is a bathroom or a toilet. Given how realistic this game seems to be sometimes when it comes to roleplaying and the characters in the world, it seems really weird that restrooms were omitted when designing the game. But both LotRO and ESO have housing! You can’t freely build any items in LotRo, so you need to take what the developers give you. Sadly, there are no items for bathrooms in LotRO. To be fair, Rift doesn’t have any ready-made items for bathrooms either, but because you can use building materials etc. and stack them together, you can create furniture yourself! And apparently, you can also build one in ESO if you like.

Wildstar, on the other hand, did have a toilet item you could place in your housing area! I do not remember seeing toilets in the world, but if it’s already available for housing, why shouldn’t it have been there? Too bad I can’t go and check because the game is no more. A quick Google search did not yield any results, other than the housing items or players using other items to build one themselves. 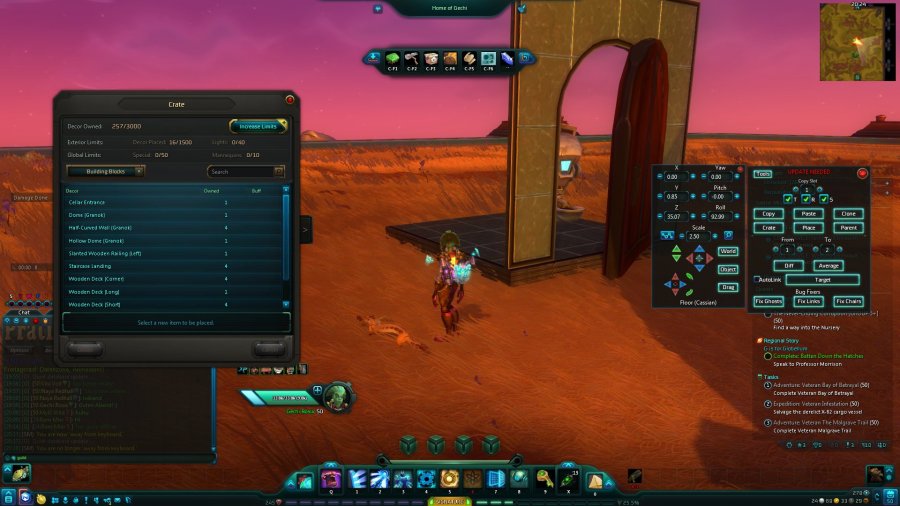 But altogether, I think it is weird. Maybe developers don’t want to create toilets because there are definitely more aesthetic games to build, but why not at least bathrooms with bathtubs? At the end of the day, it’s certainly not the most important issues we are faced with in MMOs, but it’s still one of my little pet peeves.