I actually expected Tavern Master to go into Early Access before it releases. So when I saw the message from the developer that it was to actually release on November 16, I was really surprised! It seems rare these days that indie developers skip the early access period and release the finished game. Not that I mind either way, I just wasn’t expecting that.

I first got to try out Tavern Master in October. This was also the first time I ever heard about the game. I did remember the bad German translation and despite that, liking it enough to put it on my wishlist. The translation was fixed, I think, as I did not see any weird or wrong terms anymore in the short time I played the German version before switching back to English, so that I can show you screenshots here which you can also understand! 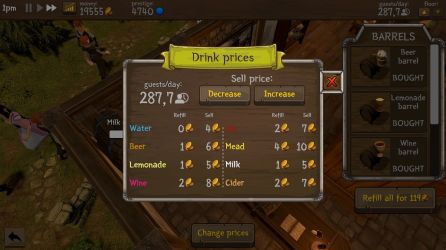 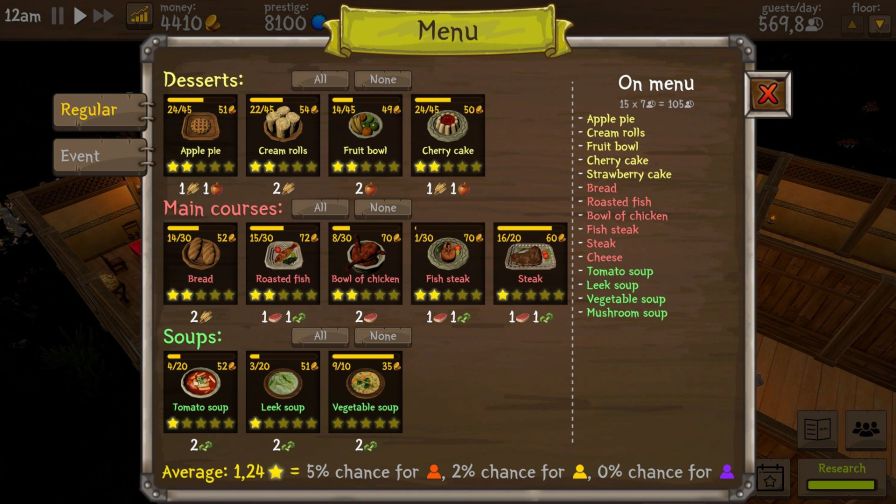 The game lets you build and run a tavern which later also includes rooms for guests to stay. There are also several floors (up to 4 total, I think), so you can expand vertically. It currently only has two options: You slowly build up your tavern unlocking features and items through research or you get everything unlocked from the beginning. The developer said that he is planning on adding more random events (like fire, rats) and activities like gambling, darts, etc.

You can unlock new items and features (like building hotel rooms) by doing research and by fulfilling quests (easy things like “level up an employee” which you’ll usually do sooner or later simply by playing the game). There are a few things you can do that increase the average amount of customers per day. So far, I only had angry customers leave once: When moving a table while they were sitting there. In general, my complaint is that this game is much too easy! I am sitting on a lot of money that I could use to add furniture to the second floor, but I only tried out the hotel rooms there so far. 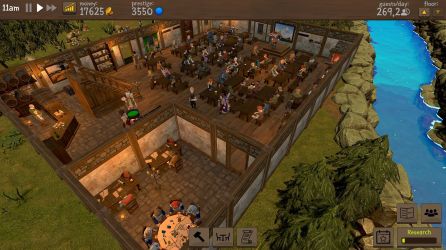 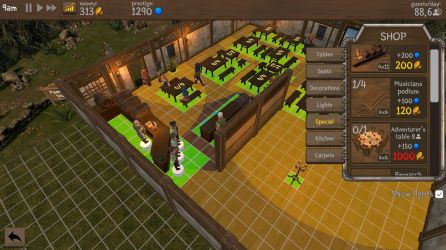 Still, even with that, I like unlocking new things and seeing my tavern grow slowly. At some point, I will also try to make it look good! But I assume that when we get random events, it will be more fun to play when thinking about long-term motivation and fun.

My verdict: Recommended (if you want a relaxing easy simulation game)! There is also a demo available still, so check that one out first.

“Quick impressions” are what the title implies: Not a fully grown review. I just want to share my thoughts about a game quickly. So there will often be more pictures than text. Please also note that I did not get paid by the developer nor am I affiliated with them in any way. I bought the game from my own money and my opinion is my own – subjective, as always. So please take everything here with a grain of salt!