I would like to say that I’m deeply enjoying the new content that came with Burning Crusade Classic, but I’m not. The reason is that my only level 60 character is my warlock and while I like levelling her a lot more now that she has her Felguard, I would much rather play through the content with my mage. But she is only level 44! So, my motivation is there, but it’s going slowly. I did take my warlock and her Felguard for a walk, though, and got her some nice new items from quest rewards. I think I may even get her to level 70, but I don’t want to do that quickly now only to then get bored when my mage is finally at that stage. I also made a blood elf paladin, but… well, it’s a paladin… still a rather boring class to play. 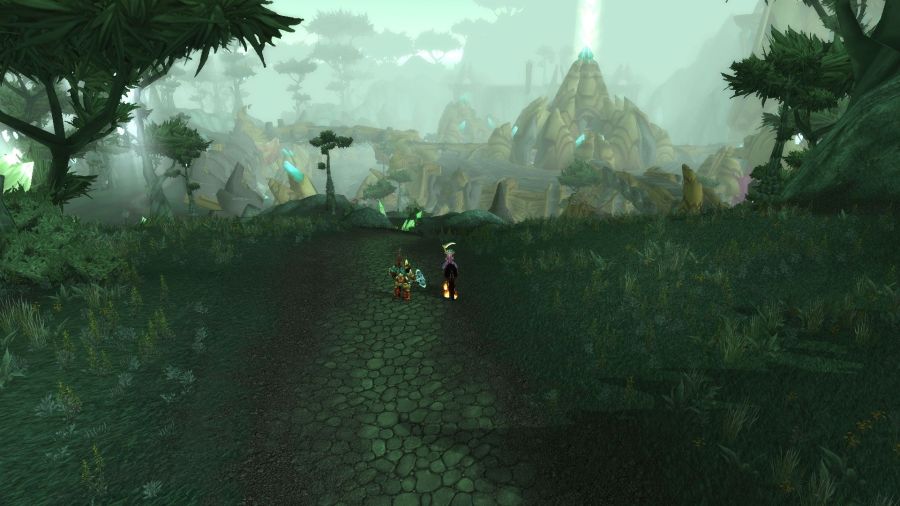 Going Medieval released into Early Access and both bookahnerk and I immediately bought the game. We have both been spending quite a lot of time with the game and while it’s apparent that a lot of features are still missing from the game (like social interactions of your settlers, any reason for why there are two different religions in the game, etc.), it already shows an amazing foundation with a lot of potential. It definitely is my kind of game (unlike Rimworld – sorry. Great game, just not for me… I prefer not having to make any decisions like removing somebody’s kidney and so on).

The roadmap is certainly getting me excited! I hope that with “organic dirt paths” they mean that paths that my settlers regularly lose will slowly become visible on the map as the grass disappears there. I like it when games do that! It’s a minor cosmetic thing, but very realistic.

Old World is going to officially release on July 1 – still only on the Epic Store, but if you don’t mind that or if you are willing to make an exception, I can highly recommend this game which is a kind of Civ VI game but with story and a leader that changes over time (always make sure to have good heirs available!). Events come up in between which can also give you advantages or disadvantages and can influence what you had originally planned to do next. I don’t even want to look at the number of hours I have spent playing the game… it’s very well into three digits, that much is for sure!

And a few days ago, Foundation announced that their long-awaited UI overhaul is ready to be tested! I had deliberately not been playing this game for the past few months because I wanted to wait until the new UI is in.

Then there is Humankind with their closed beta. I got a key thanks to Twitch drops and despite not liking it at all when I first tried it months ago, it’s slowly growing on me… just not for 50 €. It’s in Closed Beta until June 21 and lets you play one map with one leader for 200 turns. In case you’re interested, you can get a key for free through Twitch Drops.

And then there is the Summer Game Fest with Steam’s “Next Fest” starting later today. They are advertising it with hundreds of demos for six days. It’s a good thing there’s too much heat for me outside, so I’m basically stuck inside (lnot to mention that other reason for not wanting to be outside where other people are…).