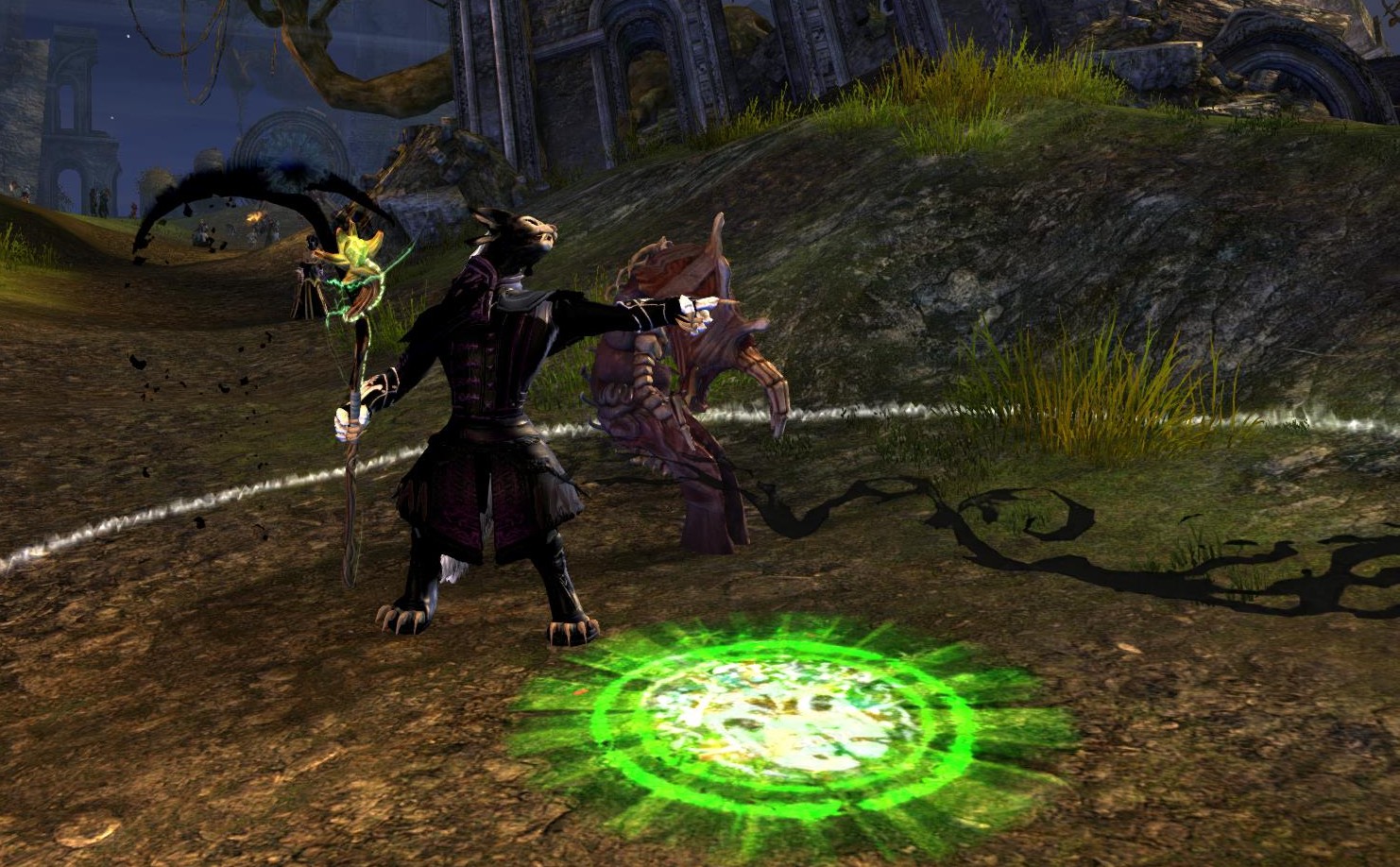 After writing here that I want to replay through the old zones of Guild Wars 2 with my new necromancer, I decided to take a look at the revenant. A profession that I had always wanted to play, but never really “got into” it. I boosted my asuran revenant to level 80 and felt completely lost with her.

So, I made a new one now. A human this time. I already have at least one asura for each profession!

And now there’s my dilemma: Do I want to continue levelling the necromancer, the revenant – or both? Because, why not? I know I need to continue playing the norn for the personal story achievement up until the level 30 storyline. But after that, I could switch to my revenant. I guess both are quite good for playing solo.

Necromancer can be quite laid back with having lots of minions around you. While she is a cloth-wearing class, she has a high health pool and I love going into the Death Shroud whenever it’s possible, because you can’t lose health then. Revenant, on the other hand, is… well, actually, I don’t really know where they shine. I am just having fun playing her with her hammer right now. I remember reading forum posts about how severely lacking and underpowered the Revenant was, but this was quite some time ago and since I play solo and mostly on the open worlds maps anyway, I don’t think that matters much to me. As long as playing the class is fun.

But as you can see, I am really settling back into Guild Wars 2 after a long time of absence. I just must not play the living story episodes one after another because I definitely prefer the open world in this game. Other than that, right after World of Warcraft, GW2 is my second MMO-home and it seems to stay that way.