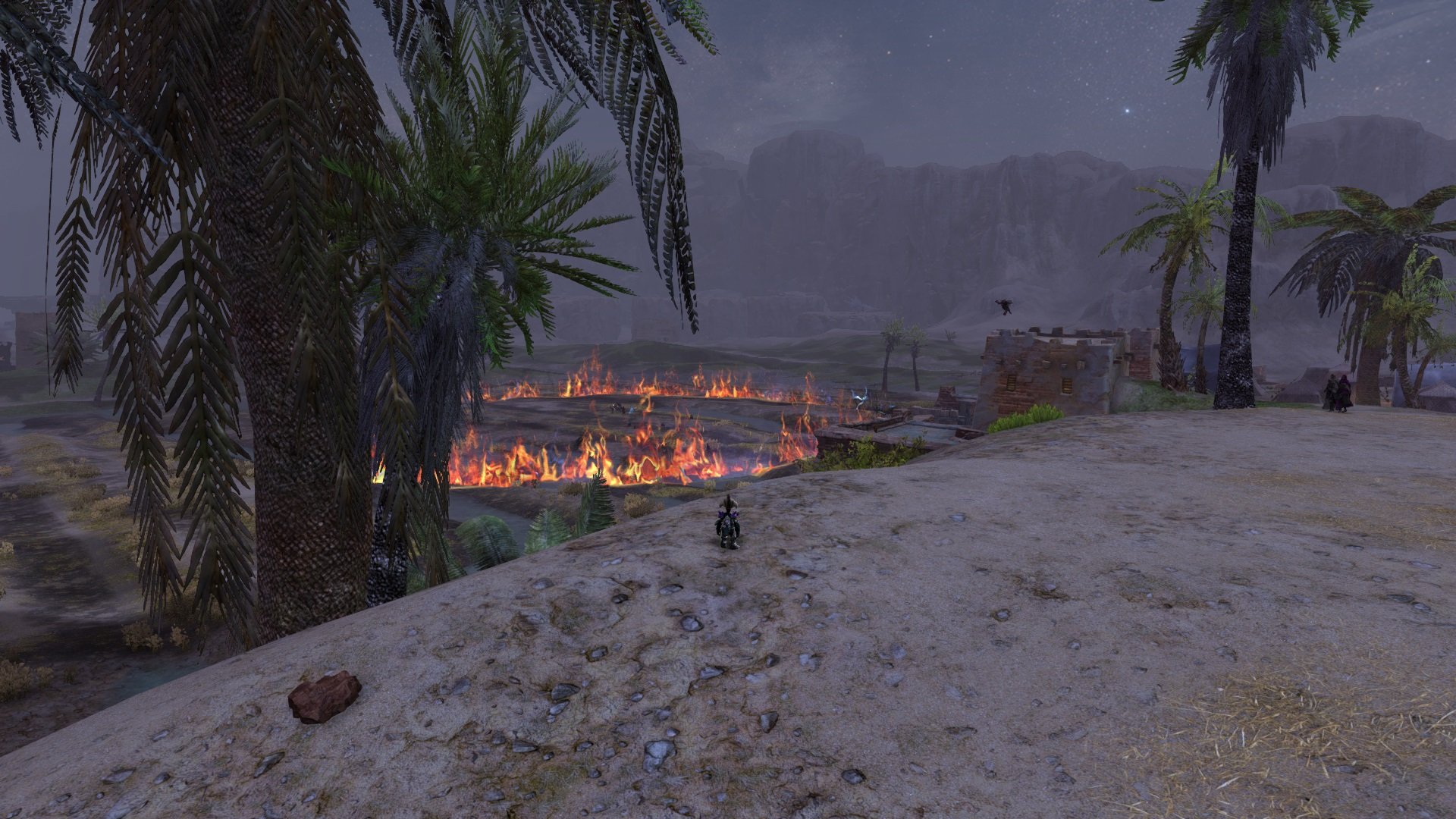 For some weird reason, I suddenly felt the urge to play Guild Wars 2 again. Since I am now focusing on the warrior and had only played through the expansion with my mesmer before, all the maps are still locked for her. That is, I don’t have waypoints for them yet and still need to go there. I also don’t think I had seen all the expansion maps with my mesmer, so I am just starting over again with my warrior to see them all in chronological order.

I do remember that concentrating on the living story instances is what made me leave the game. I am also not a fan of any event trains etc. on maps. I did love the casual and slow (at least, it felt slow to me!) exploration of the “vanilla maps”: Just strolling through a map, killing a few mobs here and there – not as much density as on some of the newer maps, stumbling into single small events or hearts on the map.

The Heart of Thorns maps were horrible in my opinion. Several floors with specific points on the map where you could go up or down etc., never really knowing where you are now unless you looked at the map. I played through them for the story and then didn’t set foot in there again. But I remember the Path of Fire maps being less annoying. And since Guild Wars: Nightfall was where I started playing (after a preview weekend of Factions where I decided that the game was too odd…), I have a weak spot for Elona. And I know that it won’t happen, but I would really love to see the Dervish class come to Guild Wars 2!

We will see how long it lasts until I toss the game aside again. But I guess I’ll be fine as long as I stop playing when I get annoyed with the combat again. That is, the overwhelming amount of colours, explosions, circles and the constantly being downed without knowing what happened, because I couldn’t see anything through the coloured cloud in front of me.