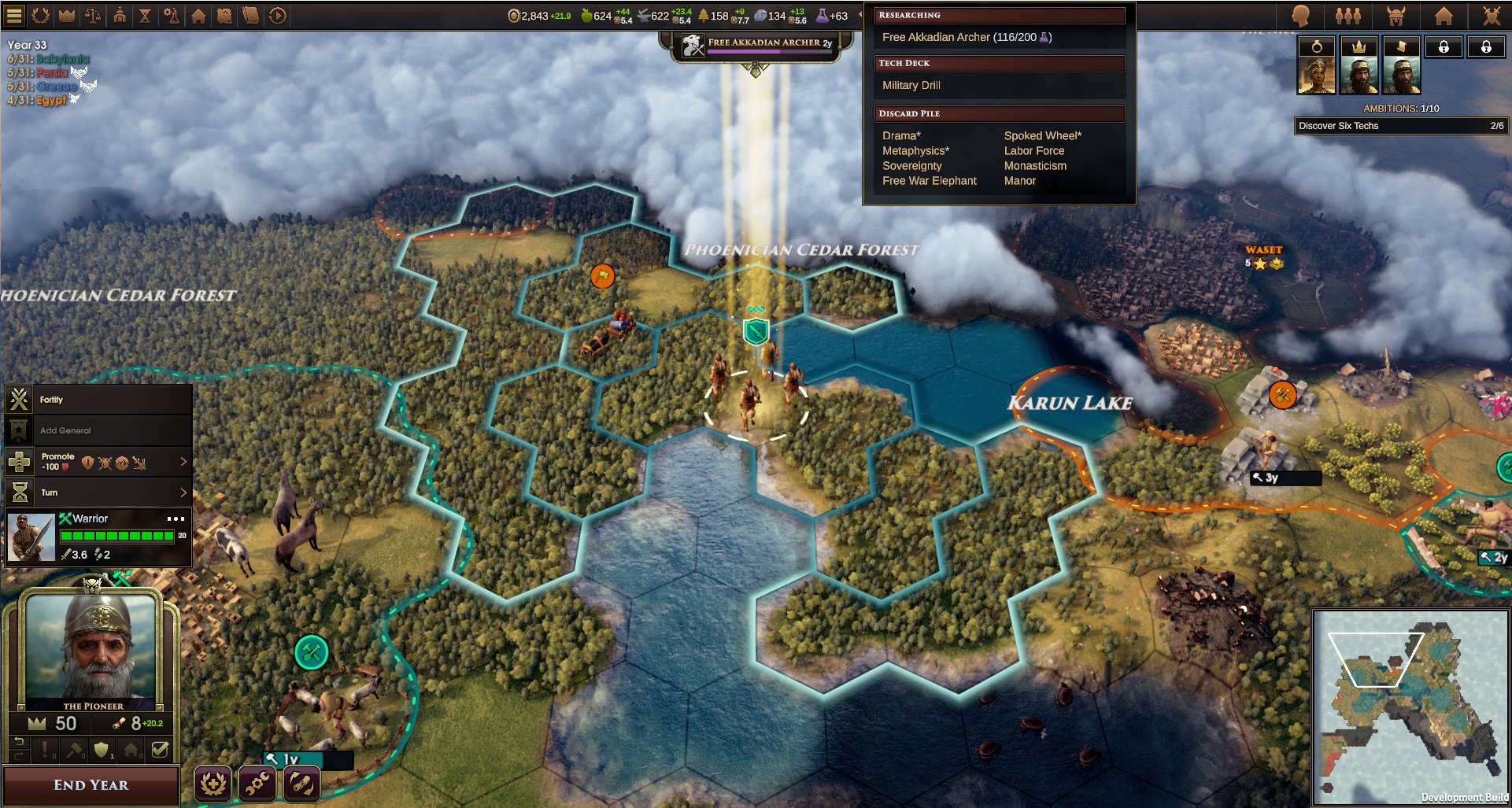 I bought both Project Hospital and Old World a couple of weeks ago. One evening, I couldn’t decide if I wanted to play Project Hospital or continue playing Old World. Project Hospital is a hospital simulation/management game and Old World is a turn-based strategy game. So both are different enough – and yet, I couldn’t make up my mind. I decided to go with Project Hospital as I hadn’t played that in a few days. During night time, the clinic was closed for new patients, though, and there’s not much to do other than watching your staff walk around. Of course, in games like these, you can always switch to “super speed” to pass the boring times, but I like playing it in normal speed in case something needs my attention. Then it dawned on me: Old World is turn-based! So, I could start up that game, make a few decisions and just turn my attention back to Project Hospital if that game needed me to do something. Old World is patient, after all and nothing happens when I’m not clicking anything.

This is why one has two computer screens, right?

I have been dual-playing these games on more evenings than not this month. At times, I decided to focus on only Old World of Project Hospital, though. Especially Project Hospital actually needs more focus from time to time because I am still very much a beginner making a lot of beginner mistakes. Not assigning enough janitors to all the different departments, for example. A dirty floor gets your rating down in no time!

Old World is still in Early Access and thus, in active development. I wrote about my first impressions before, but since then, I’ve started to like the game more and more. Content gets added and changed and it’s nice to see everything come along. Also, I love the focus on the story of my empire. The more I play, the more I also actually understand how things work and the more my brain manages to memorize things… like the spearman being able to pierce through the army in front of them damaging the military unit behind the first target as well. Sometimes, I wonder how I ever got my university diploma when my brain fails to remember such easy things from one game session to the next… 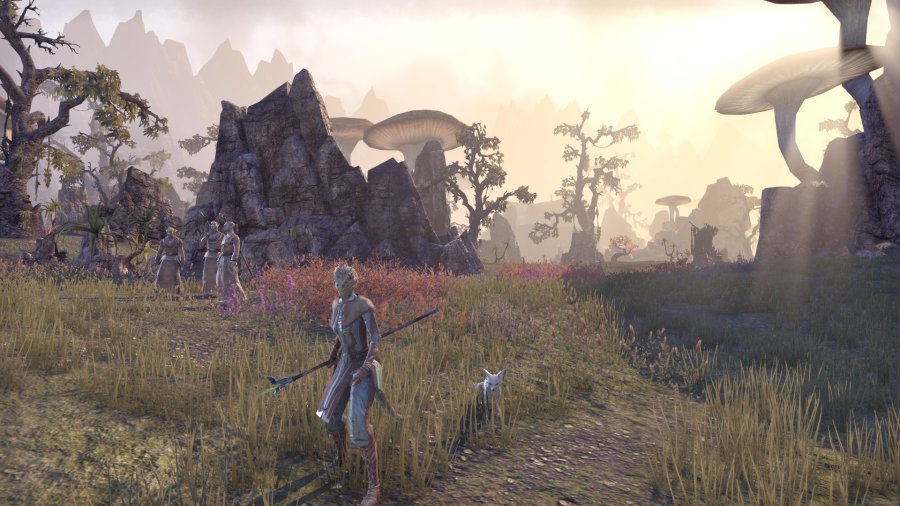 My templar in Elder Scrolls Online set foot into her first battleground and failed miserably. She got killed within two seconds! Truth be told, I had no idea ESO even had battlegrounds… I certainly don’t like the “time to kill” here. But it could be something interesting for me. I’m just wondering if maybe I should dedicate a character to playing battlegrounds in order to adjust the built accordingly. Not that I’d ever play competitively, just for fun as always. Is playing a healer a good idea, I wonder…? Because battlegrounds are 4 vs. 4 vs. 4 players. Other than that, my little argonian is still curiously wandering through the world trying to gather more skill points in order to unlock more for her crafting professions. 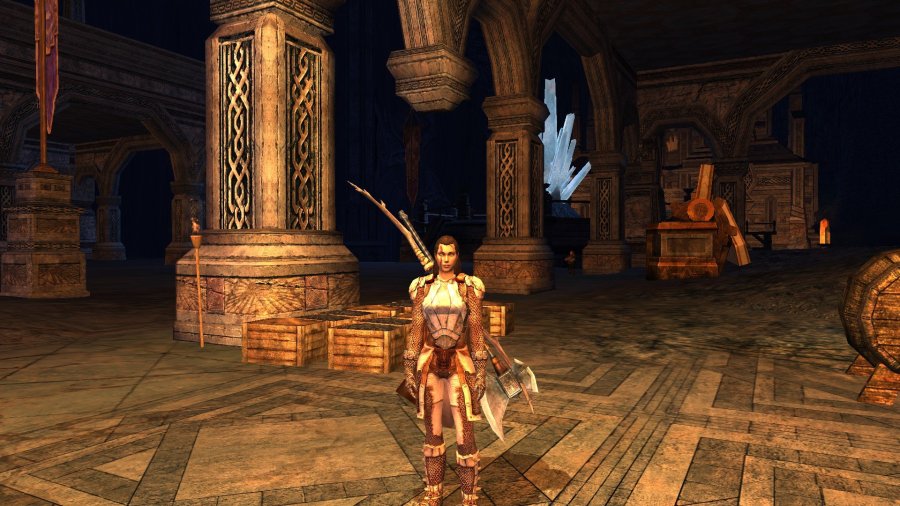 In Lotro, I spent some of the Lotro points I get for free every month (because I have a lifetime sub) on an “instant level 50” boost for my Beorning. I am in Forochel now and am doing some quests there to get a headstart before moving on to Mines of Moria content. In WoW Classic, I managed to get my shaman to level 41 now, but I haven’t played her much at all lately. I spent most evenings playing city-builder/management games or Old World instead.

I also rediscovered Cities Skylines which I haven’t played in a long time. But with the new (for me) DLC “Campus”, I want to see what’s changed in the game. I do feel a bit lost with all the other content that’s been added in the other previous DLCs and I feel that I need to find some good video tutorials on how to work with the district mechanics. I thought I had declared a district to specialize in farming by placing the farm main building there and putting a few special farm fields, but it seems to be different than the previous farm specialization that I used to place as there are also other industry buildings in the district now like an ice cube factory. Not exactly what I had intended. 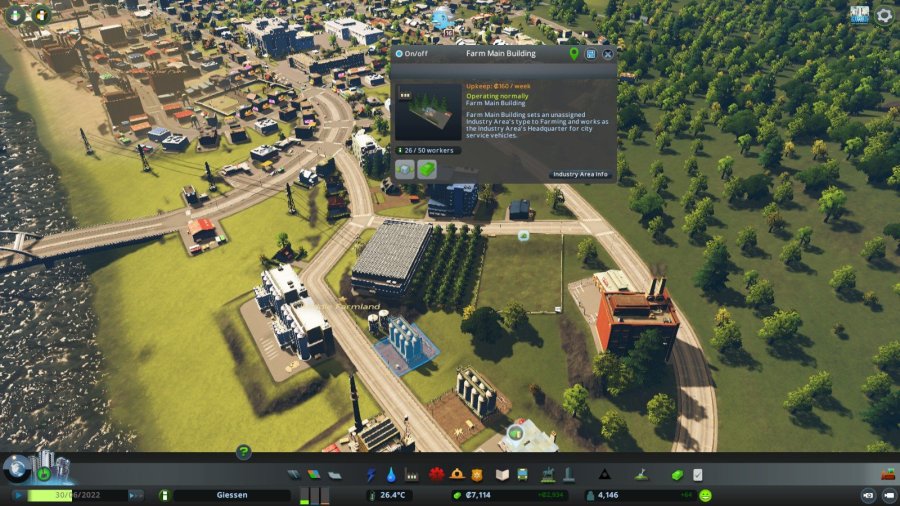 The shiny new thing in my games list is “The Universim”. I am not certain yet if I like it, love it or will soon forget about it again. But it is interesting so far and I like the God abilities that I’m given. Unfortunately, the last update (the game is also in early access) brought some bugs that keep me from progressing. I hope it’ll be fixed soon, so I can continue playing the game. 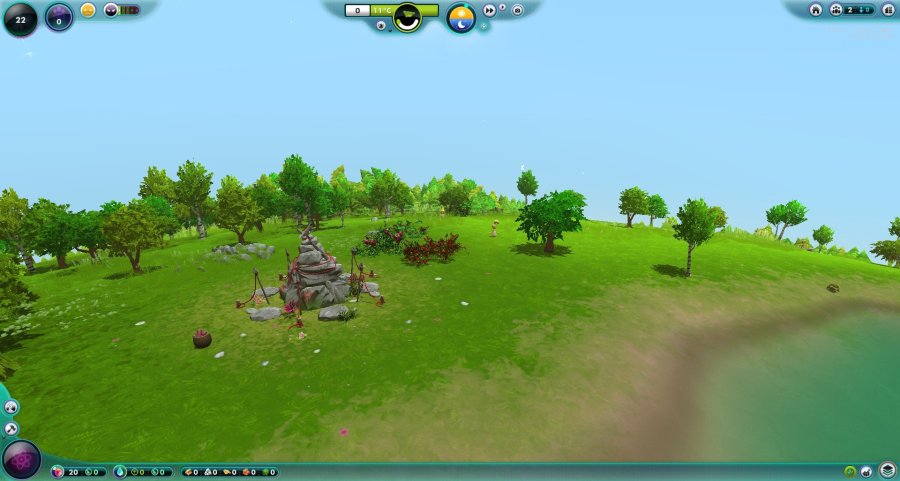 And then there were the game demos on Steam. Let’s not forget about these! It’s rather sad to find a game that you really want to play and now you have to wait for the developers to finish the game and launch it! But as I said before, it does feel like coming home from a game convention with all these new shiny games you saw. Patience. And there are enough other games to play in the meantime anyway.