My shaman finally hit level 40 in WoW Classic! I realized too late that I don’t want to play my warlock and am slowly levelling my shaman now… if only I really knew what for. I started with enhancement, but switched to elemental at level 38, because this way, I could also maybe play a healer in a dungeon – if I did run any dungeons with strangers. My sub is still running until August, I think. After that, I may pause for an indefinite amount of time. That is, until they launch Burning Crusade. As nice as this whole nostalgia trip is, I vastly prefer Burning Crusade! Anyway, the shaman is a lot more fun than the warlock, so it’s not that I’m wasting my time here. 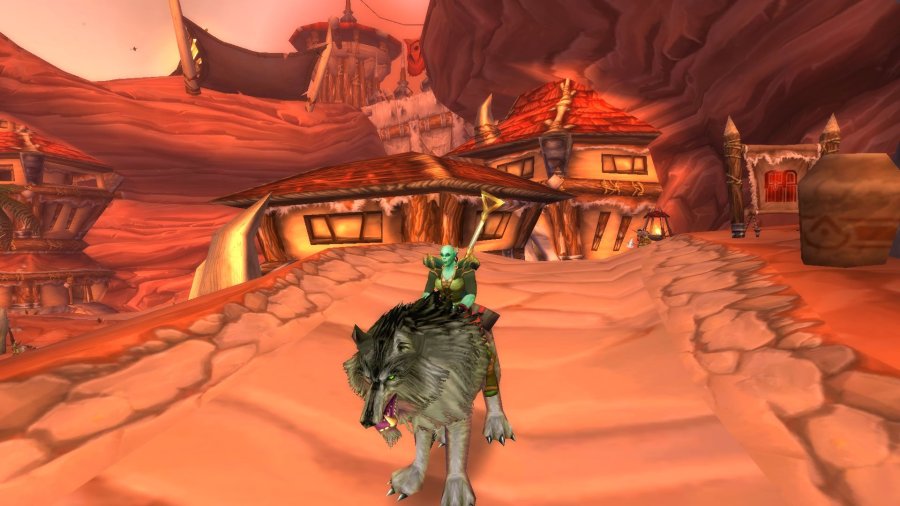 In Lotro, I also realized too late that I just can’t play the guardian. I love playing a tank character in this game, just not the guardian. After a brief moment of actually taking out a low level warden, I decided to really give the beorning a chance. And it turns out that yes, this class really is a lot of fun to play! But levelling is slow on the legendary server and I was tired of doing it all over again. The downside of Lotro is that all character basically go the same route or a very similar one, at least. There aren’t that many alternative zones to quest in if you’re levelling only through questing. So, when there was a sale for the instant level 50, I decided to buy it. I am a lifetimer, so I get 500 Lotro points for free every month. But even if I hadn’t been, I may have been tempted. At the same time, I really feel that after all these years of not giving them a single cent, I may just spend a few Euros to show them my support. So this isn’t an accomplishment. It was just taking my virtual wallet out. But I’m still happy that I did!

The only downside is that I’m now facing Moria and I despise this zone. But since I haven’t done any quests before Moria, maybe I can instead go and do some quests in the high level zones prior to that expansion. That’ll give me a headstart, at least.