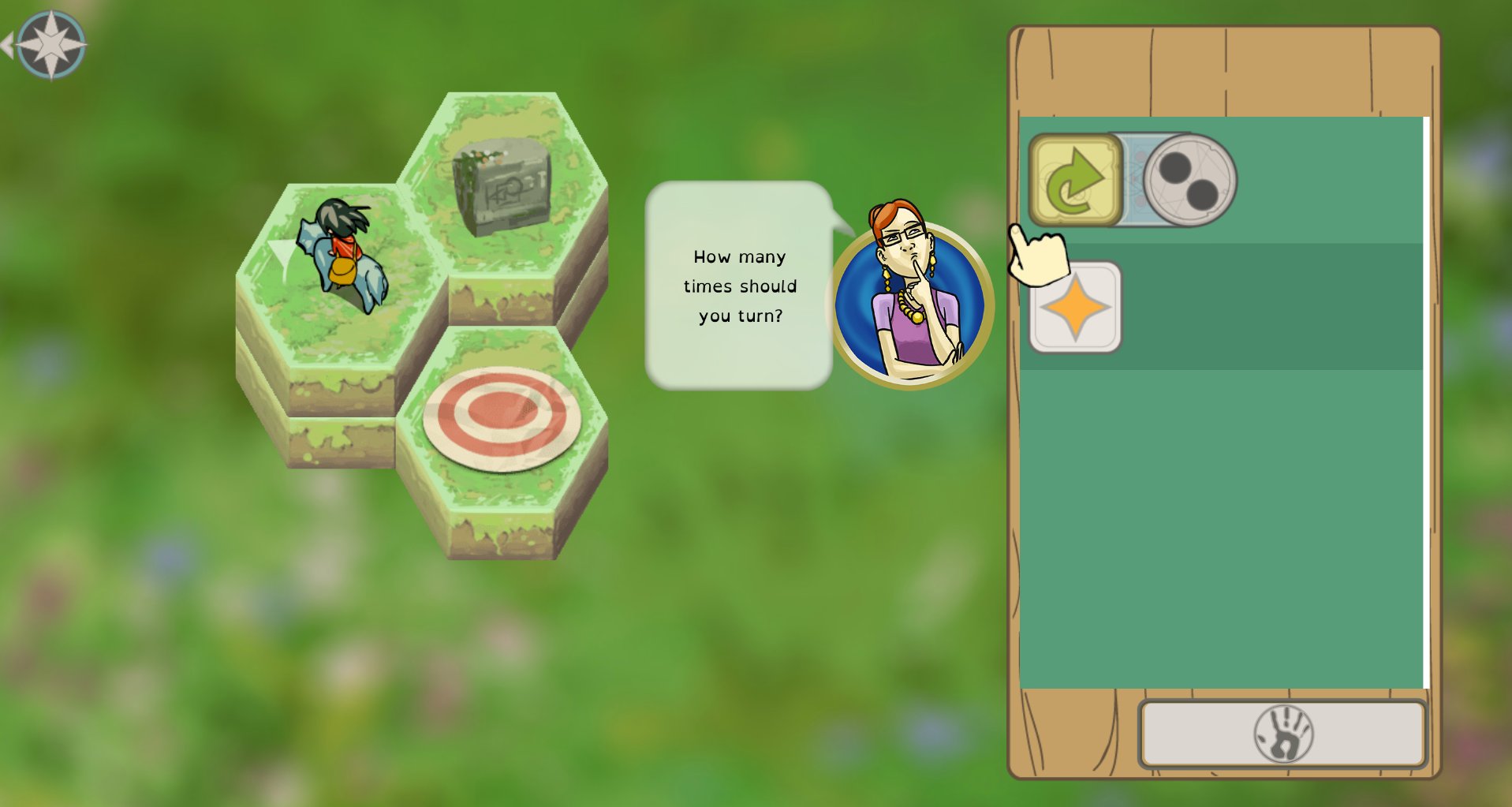 Krikket from Nerd Girl Thoughts shared the idea for the “Give Back to an Indie Developer” blogging challenge. I love the idea and immediately went to take a look at Itch.io. It was difficult to decide for one game as several caught my interest. 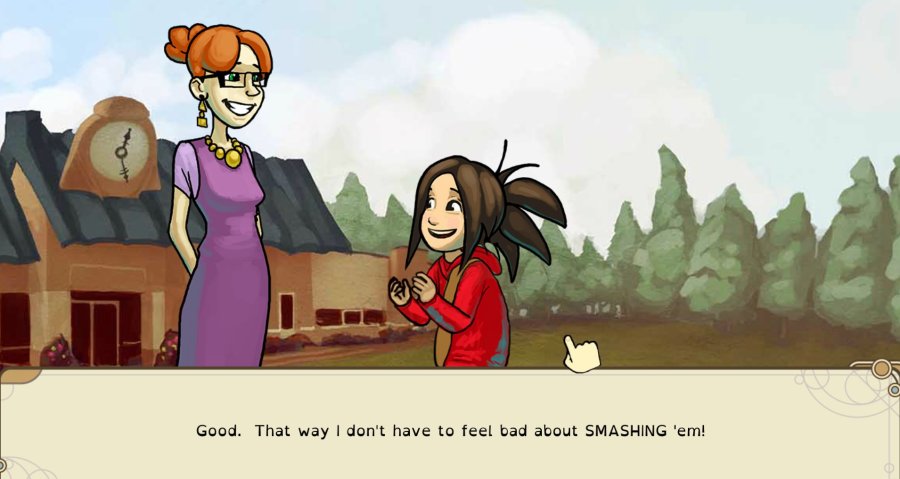 I decided to give “Codemancer” a try. A game that is aimed at children and youths (aged 6 to 12). It’s a story-based game with the goal of teaching you how to code. The game costs $10, but at the time of writing this, it’s free. It is also available on Steam, but not on sale there at the moment.

“Codemancer brings the mystery of magic and the exhilaration of learning to code together in a fantasy universe that uses spell casting as a way to teach and learn programming skills.”

The surrounding story is about a girl who starts her first day at a wizard school where she’s learning how to become a codemancer. There, she gets a familiar (a choice between a cat, a dog or a bird) which she’ll give commands to in order to move through the map made of hexagonal fields. This is done by selecting commands in advance from start to end. At some point, her father gets abducted and she has to go save him. 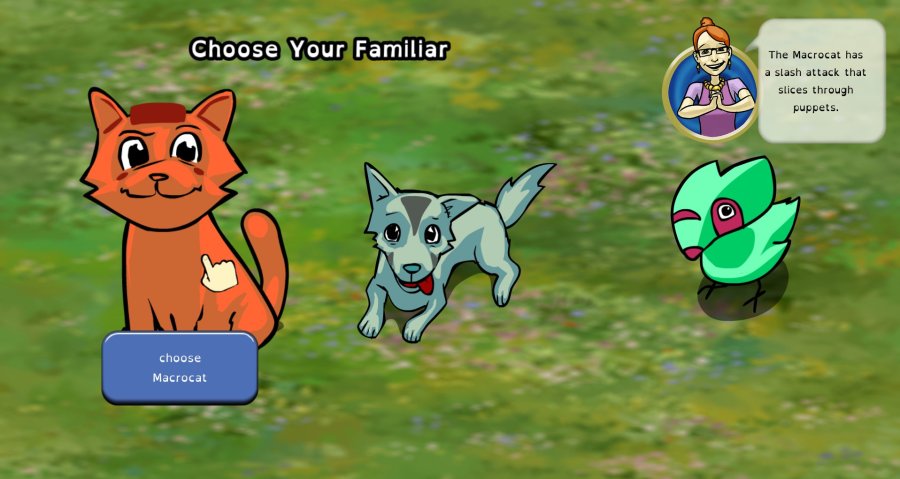 You start by entering simple commands like “jump”, “turn right”, “jump” to get where you want to go. You can also repeat sequences (“jump”, “turn right”, “jump”, “turn right”) or repeat a single command several times (“jump” x5). For me as an adult, it’s very easy, of course. And then there’s repeat inside another repeat. I’d describe it as teaching kids how coding algorithms work. The debugging part works because you can see your character and her familiar move while the sequence is running on the right side of the screen. So you get a visual feedback where the sequence isn’t working – e. g., the character is jumping outside of the map because you forgot to turn her right again before letting her jump. You can do runs of your commands whenever you wish as there is no failure when it’s not working. This is good because it saves children from becoming too frustrated and giving up. 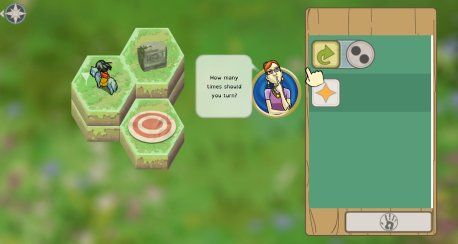 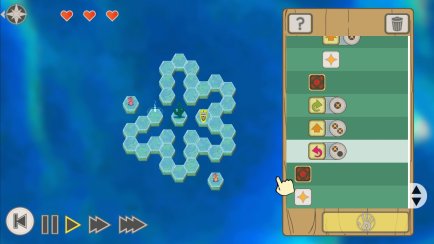 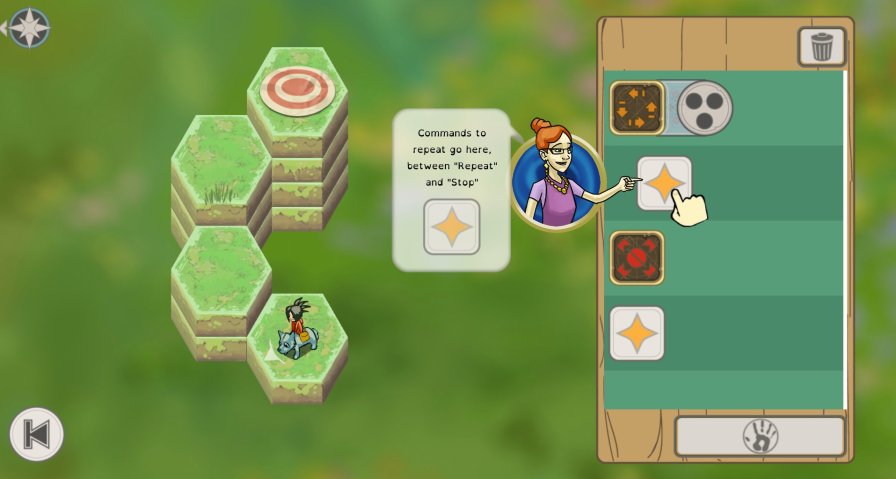 I assume it’s too difficult for your average 6-year old. Then again, the repeat sequences aren’t needed. A kid can just use one command after the other: Jump, jump, turn right, turn right,… – with some help, this should also work with younger children then. So, no matter the kid’s age, even if they juse every command one after the other, they will succeed.

The story is very kid-friendly as the things they attack aren’t living beings, but rather inanimate objects conjured by other codemancers. This is said at the very beginning and the character expresses her joy as she can then smash them without a bad conscience.

Being a psychologist in the educational sector, I always love finding educational games that don’t look or feel like an educational game immediately… the kind that seems to be educational first, game second. Everything here voiced, so the kids can listen and don’t need to read. The voice-over is very well done and the main character is quite loveable. It may become a bit too repetitive at some point, but the story keeps the player engaged. It’s definitely a game I would recommend to families with children in the appropriate age… or even to adults. I played it, too, after all! 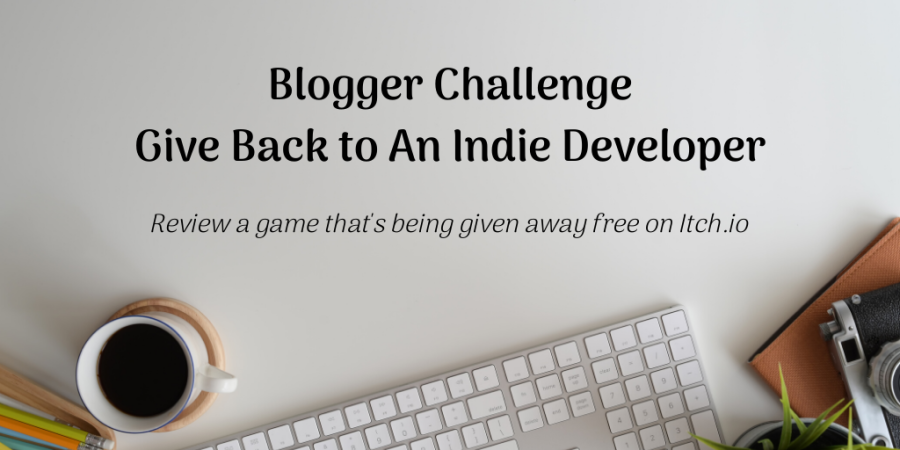