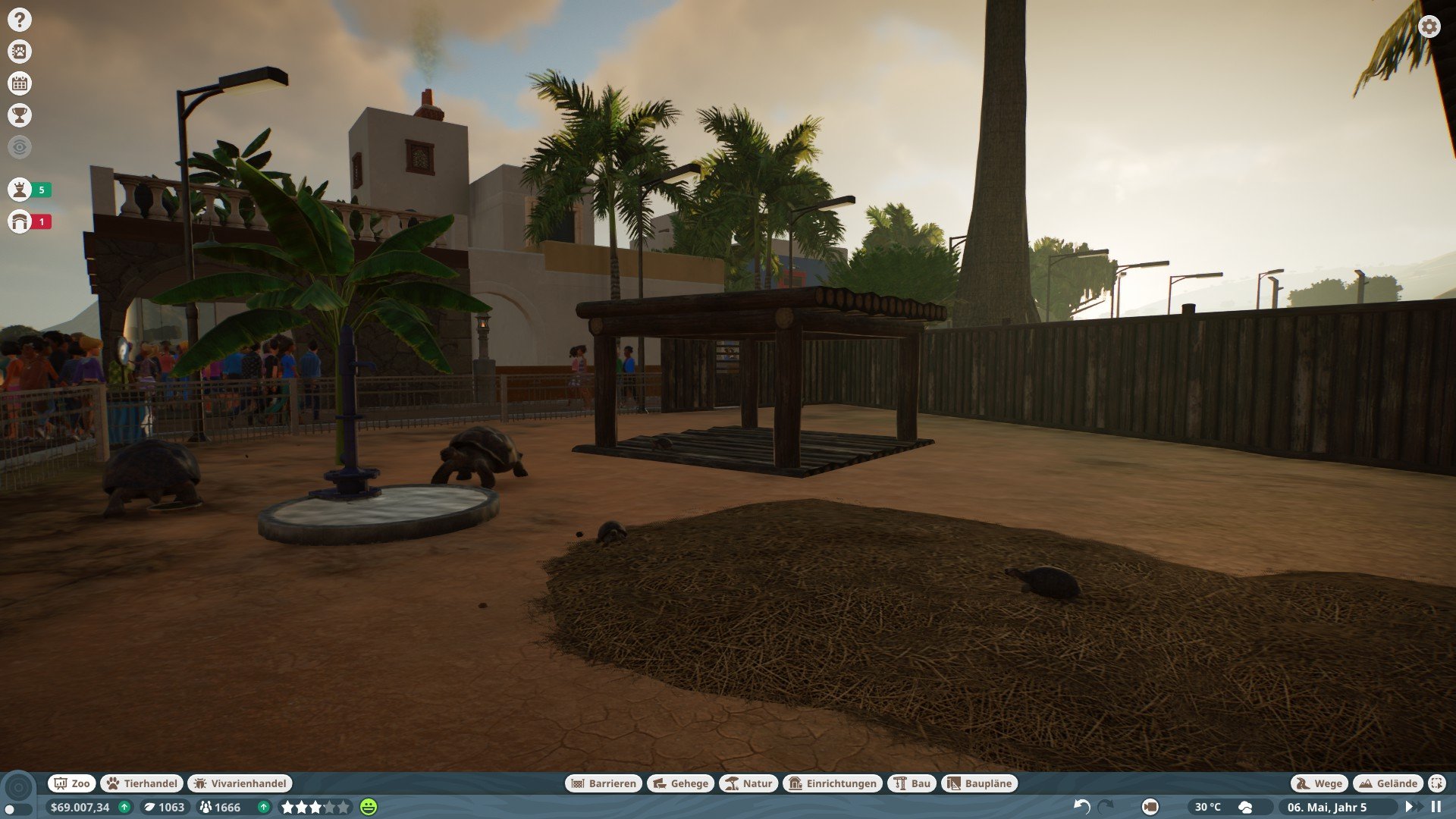 I went back to playing Planet Zoo after months of not playing it. In my memory, I had stopped playing the game only because I had gotten into Jurassic World Evolution again and wanted to finish the campaign first. But now that I did play Planet Zoo again, I remember. I spend more time trying to figure out how to make things work than anything else.

For example, visitors do not want to see the water pumps and the transistors. You can see the negative influence of them with the heat map. It’s a globe around the structure. I couldn’t find a good place for my water pump, but I absolutely had to have one because the water in my exhibits was dirty. This is in one of the campaign maps. I didn’t build it like that, the campaign just asks me to fix the issues. So when I couldn’t find a place, I decided to place it higher up in the air. It’s a globe, after all, so once it’s high enough, the visitors don’t care. The result? Instead of a small little water pump (which can’t be hidden behind walls either, apparently – I tried that!), I now have a giant beton path crossing over the visitors’ path, so my staff can reach the water pump. And this is okay! This doesn’t make the visitors unhappy. 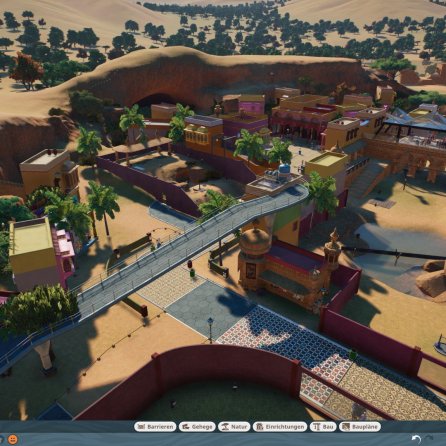 But once I can just focus on the animals and build new exhibits for more animals, I’m happy! The game isn’t all bad. It’s just these little things that annoy me so much.