I’d previously just skimmed over the patch notes for the update coming on April 7 (alongside another paid DLC).

I haven’t yet bought the first DLC because I think the price is a bit too much considering I mostly get a few new animals and new objects. 10 € can give me a whole new game, though. However, when a company keeps improving the game and working on making it better and they do release said updates for free, then I’m inclined to give them more money, of course. The previous DLC, Arctic Pack, adds the Polar Bear, Reindeer, Arctic Wolf, and Dall Sheep. That’s nice, but nothing I really want to have. The upcoming pack, called the South America Pack, will add the Jaguar, Llama, Capuchin Monkey, Giant Anteater, and the Red-Eyed Tree Frog. I am not a big fan of monkeys. The Jaguar will definitely be a nice addition – but there’s going to be llamas! I want llamas. They’re fluffy, they’re cute, who doesn’t want one?

And the Anteater looks funny. So, I may get this one and wait for the Arctic pack to go on sale instead. 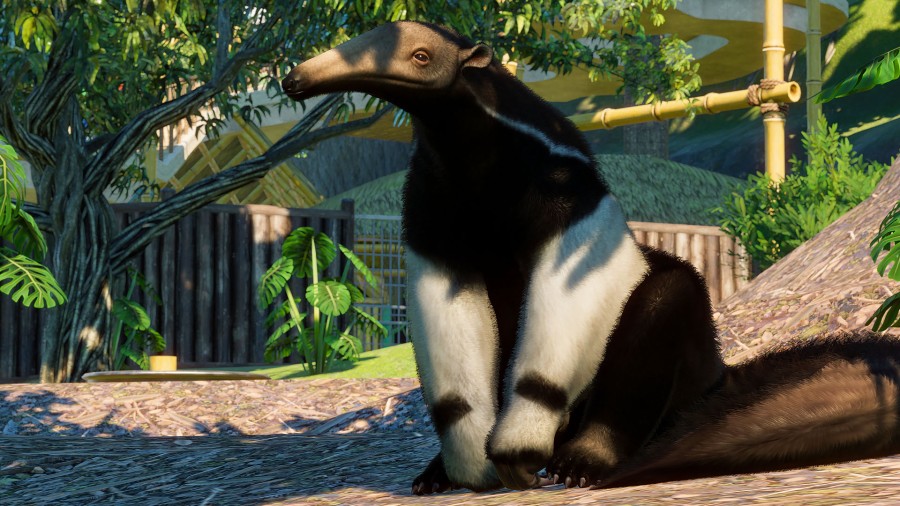 Whether I’m going to get a pack or not next week, I will definitely play the game again, though. They’re going to add genealogy which means that you can finally see which animal is related to which. No more accidental inbreeding! I found it really hard to keep track of who’s related to whom.

Changes to how the zoo keepers feed the animals are always welcome. I guess this is an ongoing topic with several issues that need to be fixed or balanced.

Once I do return, maybe I’ll even try a franchise zoo. So far, I’ve only played the campaign and I did actually stop because bugs annoyed me and then I got into Jurassic World Evolution and decided to play through this campaign first. But Planet Zoo is calling me back now, loudly!