This is the second list of games that I played in 2019. The previous one focused on MMOs. This one now is about games I got this year which were released prior to 2019.

Top Games I discovered in 2019 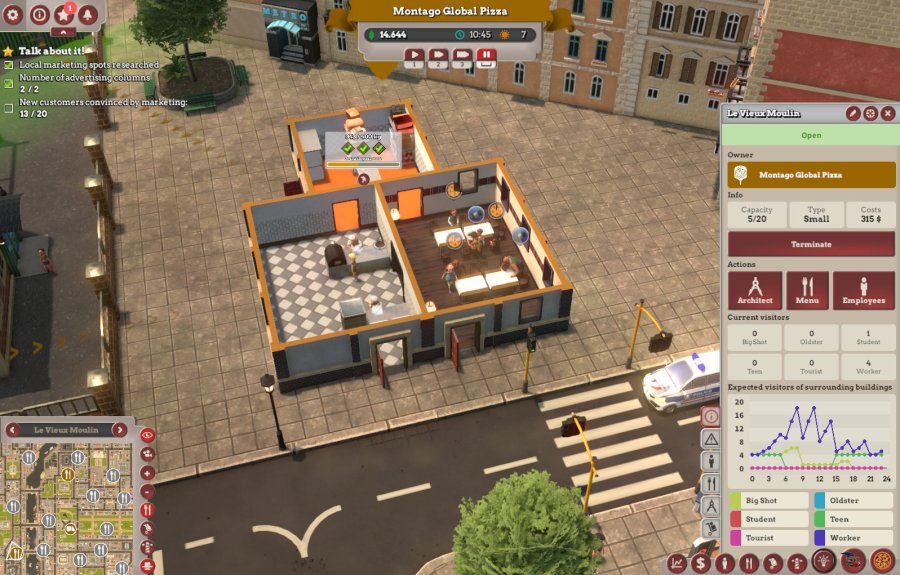 Pizza Connection 3 got released in March 2018. It’s standing with only 38 % positive reviews on Steam. We got the game as part of a PC magazine that we’re subscribed to. I saw the negative reviews, but decided to give the game a chance anyway and so far, I think it is a good solid game. I don’t know the previous game versions, so I’m not comparing it to them. I’ve seen quite a few reviews, though, that are referencing and comparing the older games to this one. So maybe, compared to the other games, this one isn’t good. But on its own, I think it is. I’ve played it for 12 hours before other games asked for my attention again. Basically, you start with one little food truck where you can sell one or two kinds of pizza, but you then move on to one and later several pizza restaurants. As soon as you have three or four different pizza restaurants in a town, however, I tend to lose track of the individual ones: Which kinds of costumers come in there? Which time is the busiest one etc. But the graphics are nice and I like that it has an overarching story. So even though I build up new restaurants on each new map, it still feels different because of the story progress. But overall, I wouldn’t say it’s a game that I play instead of other games. It’s one I play when I feel like relaxing – and only when I don’t feel like playing other games from this genre. 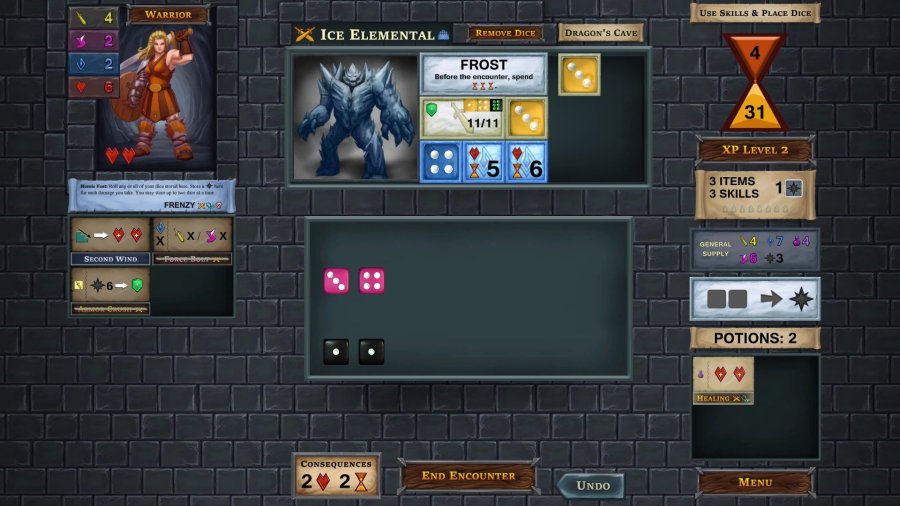 One Deck Dugeon released in May 2018. I’ve played it for about 20 hours now. The main reason I bought it was because it looked like a kind of game I haven’t played before. You can choose a hero (I only later realized that they are all female – for me, this was a nice touch and another thing I have not seen before) and they kind of level up in between the different dungeons. You can put skill points in them which gives them little extra bonuses like them healing an extra life when reaching another level inside a dungeon. Once inside the dungeon with one or two heroes (your choice), you get dice and that’s how you fight. The monsters require a certain amount of different coloured numbers. You put the appropriate dice onto the fields and if you can fill all the fields or get less damage than you have hit points, you defeat the mob and earn a reward that you get to keep during this dungeon. E. g., an extra die. You can also combine two dice to get one black one. Black dice can be used for any colour. I like this game a lot, especially when I don’t feel like doing anything too complex. It’s a board (dice) game turned into a digital version. I never played or even knew about the board game. It’s fun – obviously – and I like having to think about which dice I could use to make another dice. It’s the combination of dice-rolling and skills you can use to change the dice results that keeps me interested in the game.

I honestly still have no idea what I’m doing here – which is brilliant. Or I hope it is, at least. Otherwise, I’d be wasting my time here. But really, there seems to be a purpose behind it all and rules attached to it. How do I even win the game? I am creating a cult while trying to hide that very fact. All of this happens through cards. Cultist Simulator got released in May 2018. I’ve played it for only nine hours, which probably explains why I don’t know that much about it yet. I think I spent quite some time searching the internet for tips and tricks. But, just as One Deck Dungeon, it’s fun and entertaining. Also, I placed it higher on my list, not because I think it’s so much better than One Deck Dungeon, but because I like games that you don’t immediately understand and where you need to figure out things. It can also be quite annoying at times, so it’s only marginally higher than One Deck Dungeon.

Mad Tower Tycoon has been released into Early Access in October 2018, which means that it’s technically not a game from last year or this year. But it is playable like any released game would be, so I figured it deserves a spot here. Both Mad Tower Tycoon and Project Highrise are often compared to Sim Tower – and to each other. I never played Sim Tower and thus, can’t say anything about that. But I played lots of Project Highrise and I did try to compare and contrast these two. Still, both games managed to capture my gaming-heart. Overall, I would say there aren’t huge differences to Project Highrise and yet, it is absolutely worth my money and time. I’ve only played it for 19 hours, though, so there is still lots left to explore. 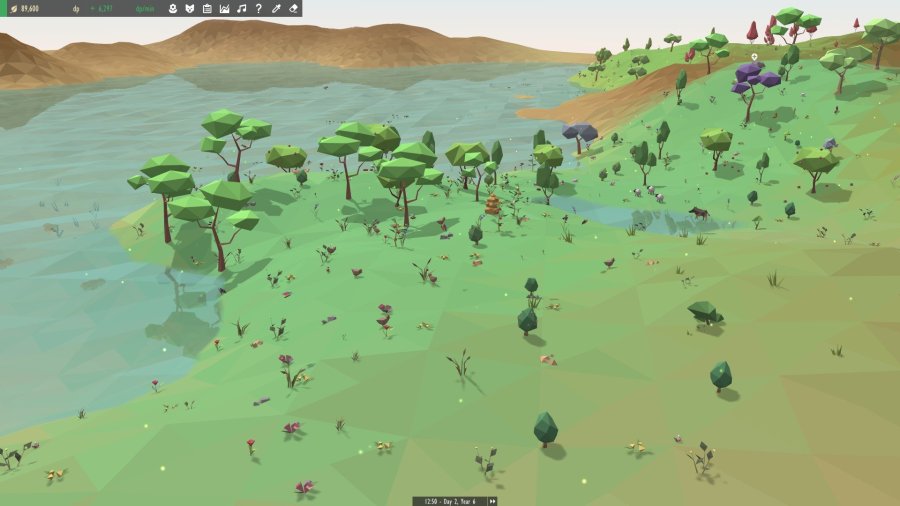 This isn’t the first time you see this game mentioned here. To be honest, it’s my game of the year 2019, no matter when it was originally released (Nov 23, 2018, by the way). It feels like a puzzle city-building simulation game. I don’t like puzzle games usually (with some exceptions like Reus, Islanders and Equilinox). So far, I have played it for 33 hours and I still don’t have the meerkats!  But I wasn’t trying to get there as fast as possible lately. Also, I assume that once I have reached a certain goal that I set for myself, the game may become a bit more boring. Still, it’s fun to watch your biomes and breed for different colours, like the green guinea pigs! There are no map missions. The game gives you a few quests that unlock certain animals or plants, but that’s it. It’s definitely a relaxing game, but requires some planning ahead to make sure you can get whatever animal or plant you wish to have.