I guess every MMO enthusiast has heard about WoW Classic by now. At the end of August, servers will open. A few months of playing the “good old World of Warcraft” again sounds like a nice thing to do. So far, I have played Rift Prime, the “classic” – or rather, progression – server in Rift, which was mostly the current base game without the expansions and without the newest class, but also without the cash shop as it is on the live servers. The experience was nice for a while, but interest soon died down and Rift Prime has been permanently closed in the meantime. Lord of the Rings Online announced their legendary server a couple of months ago and since I have a lifetime subscription, I can play on that server without spending any more money. Come to think of it… it seems that the “classic servers” all require a monthly sub. Old school, I guess! Anyway, some friends and I had intended to check out the legendary server in LotRO, but we had not anticipated wanting to stay there. It is so nice and refreshing to experience the old content again. The server economy is not advanced yet, so items are just as expensive for everybody, because nobody can just switch to their level 120 character that has already earned lots of gold. At the moment, the limit is the Mines of Moria expansion, so the maximum level is 60. On the other hand, there are the new skill trees in game, not the ones used in the original version, and it is much more a progression than a real classic server. Still, the experience is fun nonetheless!

So then my expectations for World of Warcraft Classic are set much higher: They will reproduce a lot of the old experience like the old skill trees. The servers will launch with patch 1.12 which was the one before Burning Crusade released. It’s quite funny that Blizzard had to put together a list of “it’s a feature, not a bug” items. I do remember the classic version not holding your hand when it came to finding where you needed to go for a quest as there was nothing on the map (or why else would people have been asking about Mankrik’s wife constantly?). 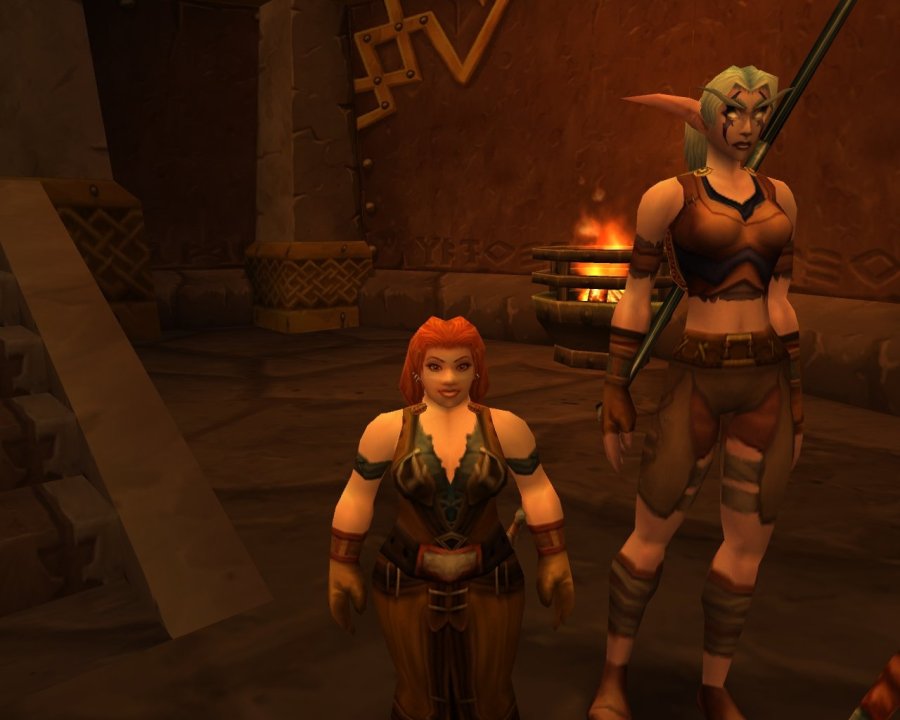 For me, the most important question on my mind is: Which class do I want to play? I saw a streamer play WoW Classic and somebody in the in-game chat asked if the other players would be played their “first love” or a completely different character. A majority replied with “first love”. That got me wondering: What was my first love? I had to play on a PvP server despite not wanting to at all, as bookahnerk and his friends were all on that server. I tried to play a class that would not be too easy to kill. Alliance, by the way, as that was what the others were playing. Even though I had liked the mage, I decided she was too much of a glass cannon (and I later wanted to wait until the blood elves were released with Burning Crusade). The rogue was out of question, because she did not gain more energy when levelling up while my mage had gotten more mana. That concept was too weird for me! …Yes, it took me a while to realize why that is and that it does make perfect sense! Paladin was too boring. Druid was a night elf. So… no. I ended up choosing a dwarf priest, because she was cute and when I played her, I got invited to dungeon runs from others and I liked how easy it was to find friends. Also, being a healer meant not being killed that fast.

We also had Horde characters on another PvP server. The same question came up. I chose Undead warlock. I liked the class, but it was far from my “first love” in World of Warcraft. She was my first level 60, though. Once Burning Crusade came along, I finally wanted to create that Blood Elf mage I’d been wanting to play ever since they had announced them. Well, my blood elf turned out to have horns and a purple skin. In other words, a Draenei mage! And that is my first love: This cute hoofed frost mage. The first character I had rolled on a PvE server without trying to take being ganked into account.

Since these “good old WoW days”, I have actually stopped playing ranged casters. In Guild Wars 2, my main characters are the mesmer (played with a sword!) and the warrior. In Warhammer Online, my main was a black orc tank. In Lord of the Rings Online, I am currently playing a Guardian. Then again, ranged classes are easier to play with my chronic hand pain, especially in games that have no action camera setting. So this would mean the mage should be my choice. I am just a little bit sad it can’t be a draenei, as that race was introduced with the first expansion, Burning Crusade. On the other hand (pun intended…), I probably can’t even play a class that relies on movement as much as the (frost) mage does while being a glass cannon when hit.

I do know that I am going to play an undead priest healer as a duo with bookahnerk’s undead warrior tank. We can go play through the old dungeons together! But since she’s part of a duo, so she’s not for adventuring on her own. And how much fun is it to adventure as a disc priest?

So the priest is for our duo. I probably can’t play a mage properly. Paladin will still be too boring for me. The rogue is too glass cannon in melee and requires being behind the target etc. in some situations. So that is out of question with my hand again.

What does this leave me with now? Warrior, shaman, druid (tauren only!), warlock and hunter. My bet is on the hunter now, actually. I do remember my troll hunter with her raptor and how much fun we had in the world, in dungeons and in battlegrounds. I was also one of the rare hunters who always had her pet on defensive and asked it to leave before jumping down somewhere in a dungeon. But who knows… I still remember that I played the black orc in Warhammer Online’s beta specifically because I didn’t want to spoil the fun for myself by playing a class I would play once the game launched, only to then have black orc become my main character!