I spent my morning trying to decide which small little house (Staple House) to buy in Elder Scrolls Online. The decision was between Twin Arches in Bangkorai and Autumn’s-Gate in The Rift. I could have afforded to just buy both, but I have set my eyes on a big house, Hunding’s Palatial Hall. It even has an outside pool as well as access to a beach. This one costs almost 1.3 million gold, though. I figured that I could just play around with a tiny little house in the meantime. Most of the tiny ones are one small room and I find it rather hard to see or navigate when trying to place items in there. Thankfully, a few of the small ones aren’t that bad and some even have a courtyard area. 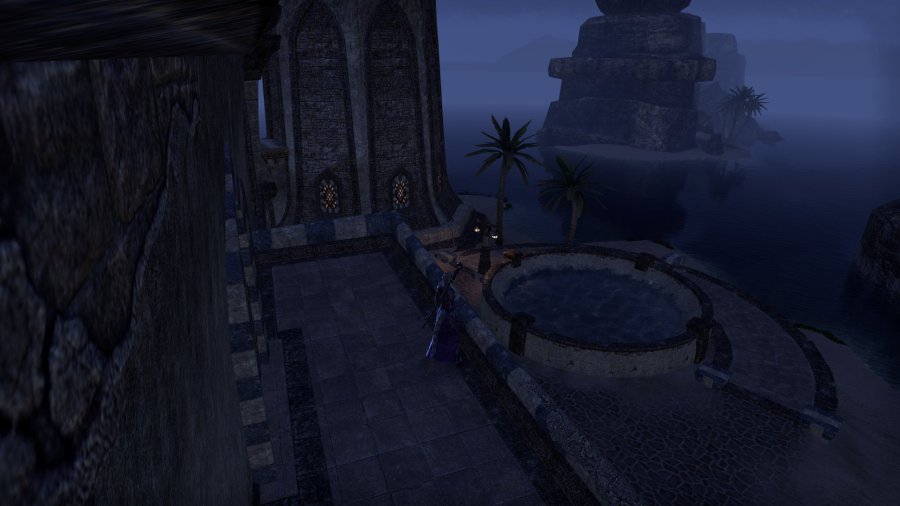 What I love about Autumn’s-Gate is its high room and the cozy fire. The houses in ESO are generally very dark. I guess it is realistic given the architecture, but as you can’t even open a window, it always has to stay rather dark in there unless you put a ton of lamps and fireplaces in there. It also has a very nice and pretty outside area. I guess my hobbit would love that garden. The pictures below show the courtyard as well as the inside without furniture and with furniture (for real-money currency, crowns, you can buy the furnished version). 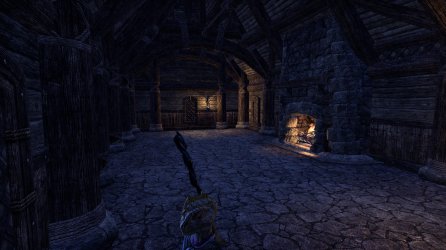 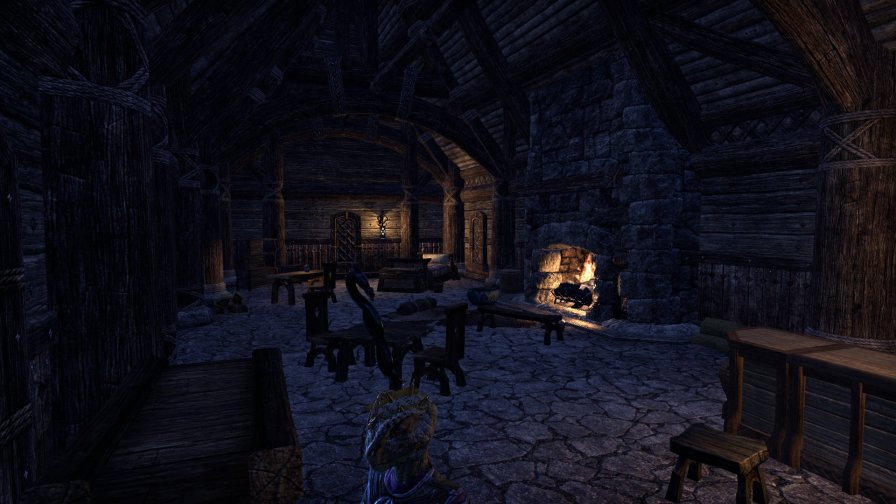 But my lizardess likes the scenery of Bangkorai much more. It is warm, sunny, with a sandstorm here and there. The house itself is darker, but the room is shaped like an L which makes it more interesting to fill with furniture. Even the preview function of ESO suggests that as it placed screens to block off the view to the bedroom area whereas Autumn’s-Gate was prepared like a common room with a bed at the side. 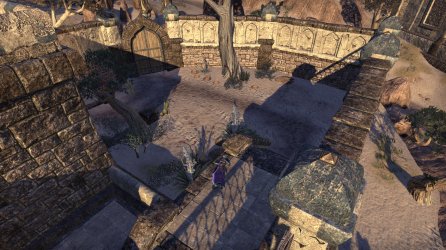 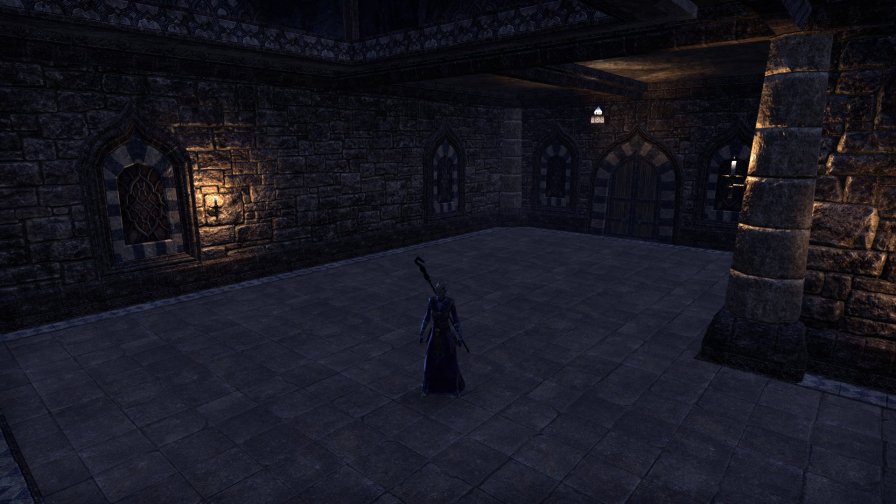 So in the end, I made up my mind and chose Twin Arches as my new MMO-home. I am not sure my Argonian really needs the inside, though, as the stones outside in the sun are comfortable enough. I also need to actually get some furniture now. That one bed and the two candles are very… modest.

Still, as pretty as it is, it is nothing compared to Rift’s housing. It’s nice and solid and definitely a lot better than no housing at all (yes, still glaring at you, Guild Wars 2), but I am a bit sad that it’s not as elaborate as Rift with its dimension system.