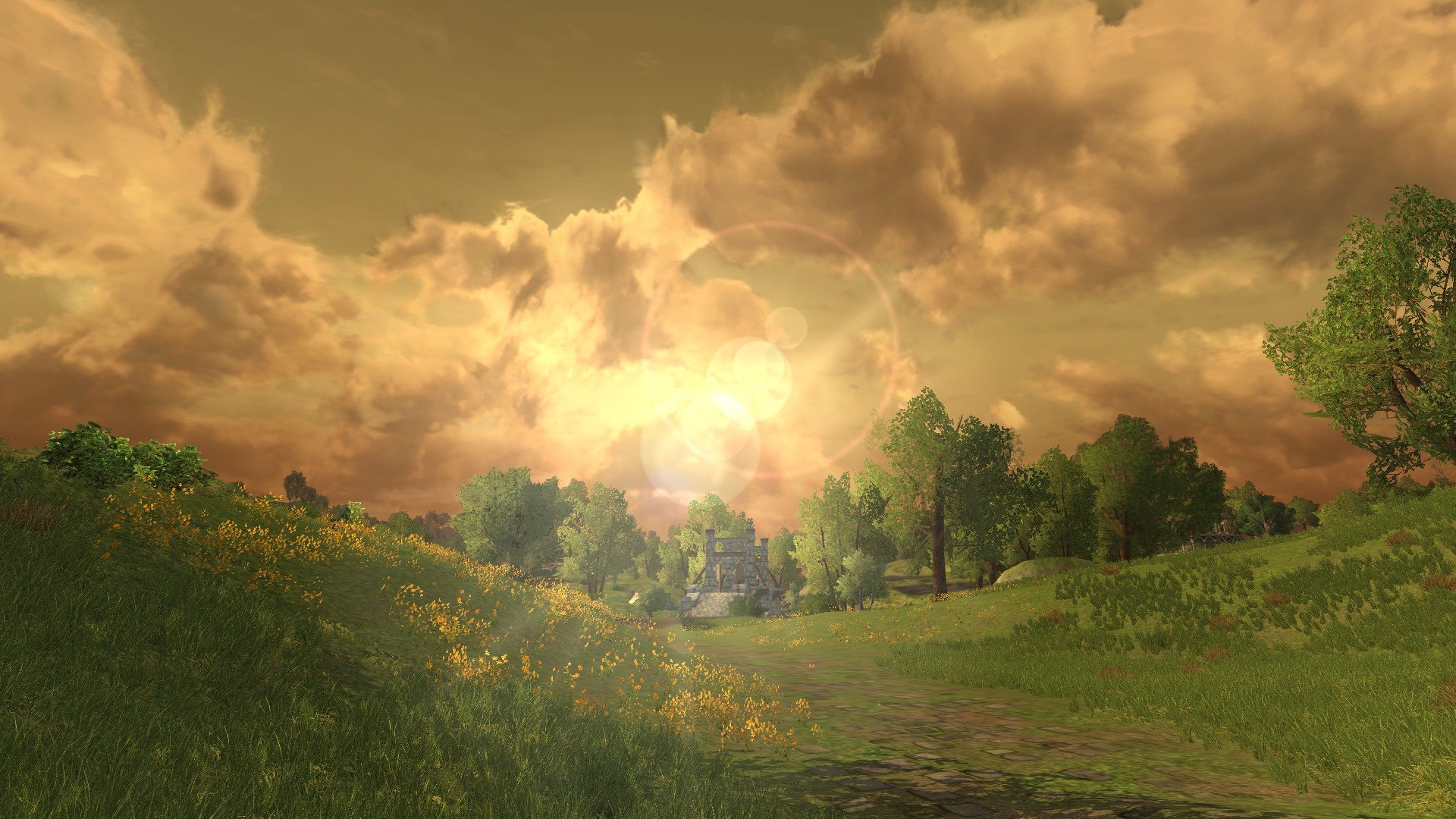 It was supposed to be a quick nostalgic look at Lord of the Rings Online again, after I heard about Trion being sold to gamigo. I had wanted to give Elder Scrolls Online another try instead of playing Rift. I did do that and I am still playing ESO every couple of days. But at the same time, that quick nostalgic look at LotRO seems to have changed into a longer stay. When I reinstalled LotRO, the legendary server hadn’t arrived yet, so I played my lower level guardian through Moria on my old server, Evernight. If the Legendary Server hadn’t launched, I would now be playing on my former regular server.

Once the Legendary Server launched, I started playing there with some friends. We used to play together on Evernight years ago. So this new Legendary Server and playing with my friends again is one reason, but not the reason for my return. Something makes me want to log back in again day after day and I enjoy my time in a game that I had uninstalled for years. Of course, I don’t have to worry about getting the expansions, because I bought a lifetime subscription years ago and got so many Lotro points (their cash-shop currency) that I didn’t have to pay any real money for them. But I think even if I was a free player, I would enjoy the game again.

It’s not the housing system either: Compared to Rift – or most games that offer housing – LotRO’s housing is laughable and too simple. They improved it over their original housing and it’s become at least interesting now with more choices. I also love the idea of neighbourhoods where you can walk around in a housing instance and share the district with other players (you can only place items in your own yard and the interiors are behind loading screens). It makes it a little bit more alive. But there is no creative mixing of items like in Rift where a few building blocks, a dish, and a water fountain turn into a shower.

I thought it was the world and the lore, but to be honest, I still skip most of the quest text because I’m too lazy to read it all, apart from the main storyline and I know that one, so there’s no need to re-read everything. I also think the combat could be a bit more dynamic and fast. Even for an “old-school” MMO, the combat can feel very slow.

So what is it? I think the aforementioned “slow” fits in nicely here. The game is slow. And I don’t mean that it takes forever to get things done or level up your character. It’s just made in a way that I don’t feel like I am missing out on anything when I hop onto a farming field and farm for coffee beans or strawberries. After being out adventuring on quests, I return to Bree to smelt iron into bars and craft a few rings. I ride along on my pony and just climb onto a nearby hill to take screenshots of the scenery without having to fight anything, because my character doesn’t get levelled down when she’s too high in level and the mobs don’t aggro on her that easily anymore. It’s just nice to have something slow, relaxed, laid back. LotRO has more than just combat and it lets you enjoy the game world more than other games. Playing instruments, for example, or farming. Other MMOs have this as well, though, so I still can’t quite put my finger on it. It just seems that LotRO finds the right balance for me. It’s a perfect game to play in the evenings after work to relax and enjoy – and doing so while chatting with friends in the kinship chat is definitely a nice bonus!

Last but not least, the game’s community plays a big part as well. Even though I am not interacting much with others, I still feel comfortable here. LotRO remains the one single MMO where I have blocked one, maybe two people for being too toxic. Only Guild Wars 2 comes close here. Something that so far has only happened in LotRo to me happened recently. I had seen an ore node and my little hobbit had marched toward it as fast as she could. That was before I had a mount for her. Unfortunately, another player who had already had a mount arrived at the ore before me. Then the player stopped and I received a whisper: “You saw it first!” – and they let me get the ore from the node. This doesn’t always happen, of course, but it is a good example for the community in general. Especially considering the age of the game, the activity of the community is amazing. You can see the planned events posted weekly by the developers of the game: Lotro Beacon Issue 90 – for such an old MMO, this amount of activity really isn’t bad and it keeps players engaged.