I managed to play Rift this morning. Just for half an hour, but it felt so good to use my left hand again. I still don’t have a diagnosis, but all this “rest your wrist, don’t use it!” was garbage since it probably/very likely never even was a tenosynovitis. All results so far say that my hand and wrist are fine which leaves exactly one culprit: My back.I have another appointment with my doctor in two weeks. In the meantime, physiotherapy seems to make it better. The fingers still feel numb, there is still the issue of the swollen hand in the afternoon, but altogether, it’s feeling much better!

Of course, my main concern wasn’t when I could play an MMO again. But knowing you cannot do something makes you really want to do exactly that, right? :p 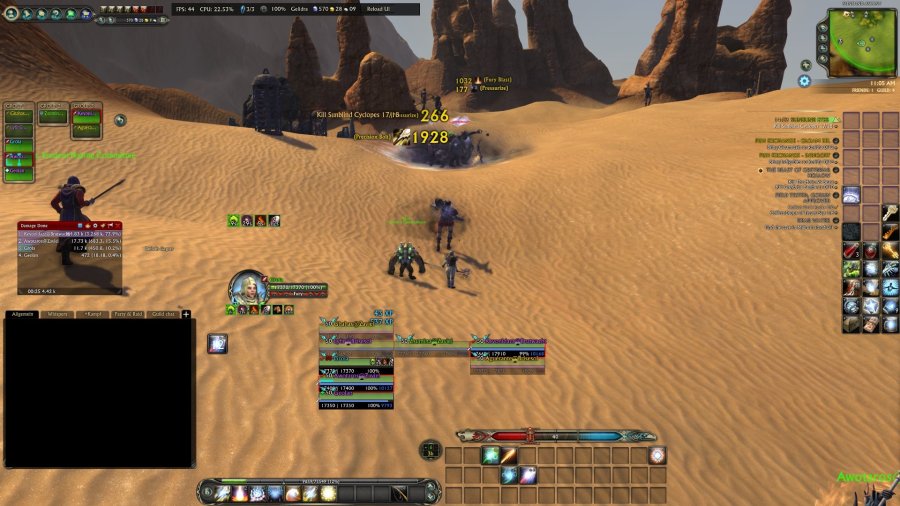 Also, Rift will release their next patch soon and the Primalist will finally get its missing souls. It’s a new class they introduced quite a long time ago and it only has a couple of souls (kind of like talent trees). Less than the other classes. My goal had been to play my Primalist, so she’s much bigger and preferably even at max. level before the new souls come out. I actually like the Primalist so much that I was thinking of making her my new main… yes, having shorter talent trees than the other classes also plays an important role here. It’s just so much easier to see what passives and skills you get when the talent trees are this short! But also, this class is fun and it reminds me of the Runekeeper from Lotro.

Either way, being able to play games again that require more than one hand (I like point & click adventures, but I was just about to get sick of them… :p) just makes me feel “normal” again. The hand isn’t okay yet, but I can do so many “normal” things again that it just feels good!

I also made some cookie dough today and will prepare dinner later on. It’s the little things you miss…