My hands haven’t really gotten better. In fact, the pain has worsened (tenosynivitis). It’s got to let me to look at speech recognition software and I did get a programme for German, which will hopefully help me get my work done. However, it is only for German. I found an online website using Google for English speech recognition (https://speechnotes.co/). This is how this blog post’s written (with some manual corrections). I can now say that at least my pronunciation is well enough to work with this. ;)

Not being able to communicate with people online is actually pretty bad for me. That is, I realised how often I use websites like Twitter to talk to my friends. I don’t like so much using voice chat, because I am often watching Netflix or streams or I’m talking to bookahnerk.

Thankfully with software like this I can communicate again. What I cannot do is play games. What does work is games with turn-based features or point & click adventures. I also started playing a game called Mini Metro which is surprisingly addicting considering it is such a simple game. There are only a few signs (like a triangle) that represent metro stations and then you can draw lines between them which represent metro lines. Over time, new stations appear and need to be added to your lines. Travellers want to e.g., travel from a circle to a triangle. What happens is that the train stops at that circle, the passenger enters the train and then exits it at the next triangle station. Triangles and circles are the most common. A square is less common. Each of those exist several times on the map. A traveller does not distinguish between triangle one and triangle two. They just want to go to the nearest triangle they can reach. Then there are special stations, for example a star. Those exist only once on the map. The map itself is blank except for rivers and the stations. You need to have either tunnels or bridges to get a line through those rivers. Of course, all these resources (lines, train waggons, bridges etc.) are limited. So you can be certain that the minute you desperately need a tunnel you will not have one. ;) At the end of each week you get one extra train and two random resources out of which you can choose one. It can be played with just one hand, clicking and dragging lines. It’s a rather slow game. 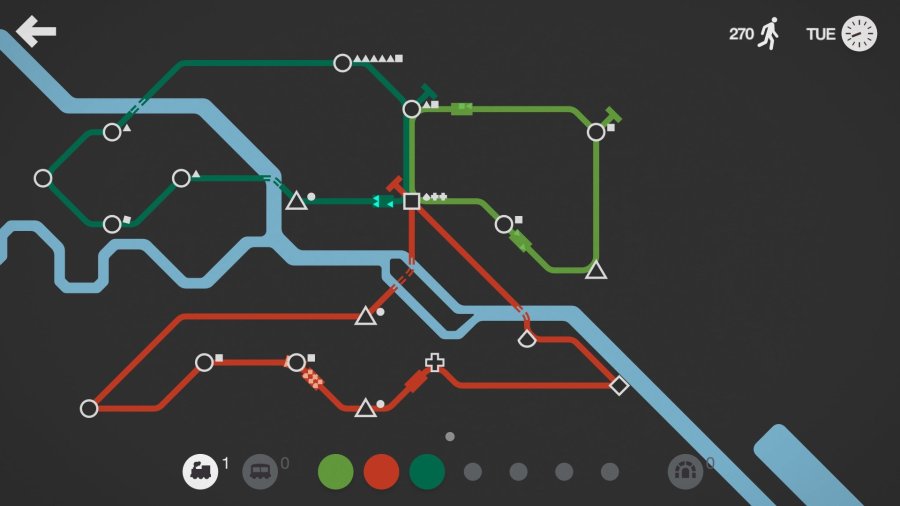 Other than that, Civilization VI also works rather well, because it is a turn-based game. Of course, when you don’t have a choice, you actually want to play all the games that you cannot play. I really really want to play Rift! But it’s just not possible right now. The most I can do is click the mouse buttons.

And I bought and finished Kathy Rain last week. It’s a point & click adventure with a rather weird story. But the game is still quite nice if you ask me.

I’m quite amazed by how far speech recognition software has gotten by now. Especially considering I am not a native speaker of English and this is just a website, not even software with a training program to get used to my voice! Still, I cannot wait for my hands to be healthy again, so I can use the keyboard and the mouse again as usual (and exercise! I miss exercising properly).