Some time ago, I read a topic in the German section of the Black Desert Online forum where a player suggested that the game’s PvP may be better if there were no level-advantages as a higher level gives better stats, for example. He was laughed at by others and called “carebear” for wanting that. Unfortunately, I cannot find the thread anymore – but it would be in German anyway. But this is apparently how PvP should work and it is good this way: If you spend a lot of time in the game, you should have an advantage over those who play less often or are new to the game – other than the already mentioned increased experience and skill in playing your character, of course!

I admit, I am a carebear. I am a huge big carebear! – Why? Because I think that being able to win against somebody who has no chance whatsoever at all, no matter how skilled that player may be, simply because I am higher level and/or have better gear, is a horrible design flaw of PvP in a lot of MMOs. If some new player comes in and has not played the game much but knows how to play so much better than me, then kudos to him! He should be able to win against me. I, on the other hand, should not win simply because I have been playing longer and managed to get my character in better gear. I was just very surprised to see that somebody asking for an even playing field and letting skill and experience decide a battle rather than stronger gear and higher level, is called a carebear. Some people… 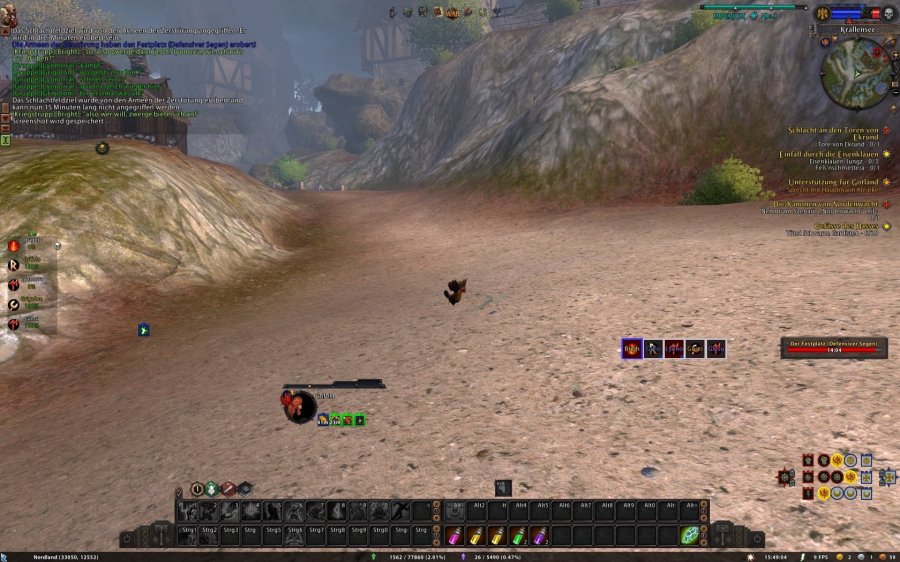 Let’s look at other MMOs, though: Warhammer Online, for example, had four different PvP (here called “RvR”, but I’ll continue using PvP to not mix up the terms all the time) tiers and bolstering up. The first tier was for levels 1 to 11. So right from the start, you had your map with PvE zones and PvP zones. If your low level 1 entered the tier 1 PvP zone, it got bolstered up in stats to level 11. It was still weaker than a “real” level 11, but at least, you got much closer to the other player. The best part, however, was when you were too high level for a given tier – in our example, when your character turned level 12 – that you were turned into a chicken which could be one-shot by other players. You regularly had people in chat say: “Okay, that’s it. See you in tier 2” and then you could see the chicken run out of the PvP zone as fast as their little feet could carry them. I do remember some heated discussions about this feature before the game launched but Mark Jacobs stood by that decision. Of course, simply getting downscaled would have been the better option in my opinion, as that would have freed up the whole game to you once you were max. level instead of restricting you only to the highest tier. But I still think the chicken mechanic is better than having high level players repeatedly kill low level players. Especially when you consider that low level players also may be new players which are kind of important to keep in an MMO… ;)

Guild Wars 2’s sPvP (instanced PvP) goes even further: No “artificial” bolstering up, but being at maximum level with exactly the same stats and exactly the same gear as everybody else! When I heard that they were doing it like that, I got pretty excited! Those who have a lot of time (and who are usually the ones with the highest level and the highest gear in other MMOs) are probably also those who get the most practice and as such they will have an advantage over people like me anyway. However, there are also those who do have a lot of time on their hands, who do get a lot of practice and who may turn out to be worse than somebody with less practice but quicker reflexes or whatever the reason. I ask again: Is this bad? Am I a carebear if I say that this is how it should be? That skill should determine the winner of a battle and not the playtime, the level or the gear that a player acquired?

Thankfully, we have so many games around that I think everybody can find a game that does it the way they prefer. So, I know that even though Black Desert Online looks like an interesting game, it is not the game for me. I do prefer Guild Wars 2 where level and gear don’t matter!