When I was thinking about what to do with this weekend (related to gaming, of course, not to other mostly RL stuff), I had a lot of games in my mind. Wildstar or Guild Wars 2 most of all. Some more Hand of Fate, if I can deal with the frustration of being so bad that I constantly die… :p What did not come to my mind was “Defiance”. Quite some time ago, before it had gone free to play, I had gotten a key for that game from one of Trion’s promotions. I had looked at it, played for a whole grand total of probably 15 minutes before putting it aside. While I always am looking for a science fiction game with some kind of shooter action (without being a first person shooter thanks to simulation/motion sickness) that can keep me interested, I just could not get into this game at all. I gave it another try some time later with the same result. 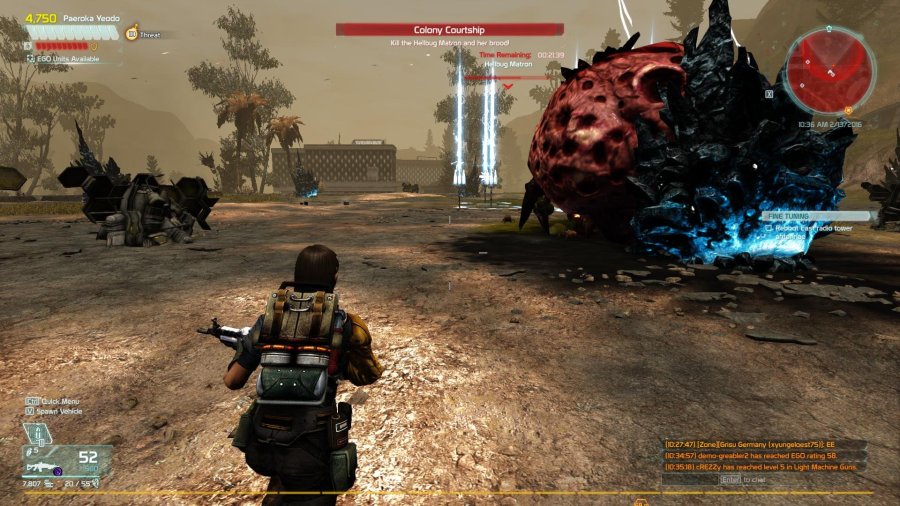 Meanwhile, I watched the first season of Defiance and really loved that show. I managed to watch a couple more episodes of season 2, but not too many, as I did not like them as much anymore as I liked season one. The setting of this game – and TV show – were intriguing to me. So I decided to give Defiance another try – after watching the series as to avoid spoilers in the game.

And then Trion rolled out another cross-promotion last week. This time it wasn’t between Rift and Trove as had happened in the past, but between Defiance and Trove. All you have to do is kill 50 hellbug monarchs in Defiance to get a red Hellbug mount in Trove. The event is active only for a couple of days (until the end of the week, I think?), so I figured I would try it out this weekend. I have killed 50 of those buggers in the meantime, but I have also had so much fun in Defiance that I sticked around and plan to continue playing the game.

I don’t think it will become my “main game” or anything of that sort, but it is just fun to shoot down those hellbugs and mutants and there are some features in the game that I really like. So far, it did not matter where I went, I was always able to defeat the mobs (with the exception of mobs further down on different areas). The game does have progression, but it’s definitely not like in World of Warcraft or Rift where you gain level after level and get stronger and a mob a few levels above you kills you in one hit. Don’t get me wrong, there are mobs that killed me in one or two hits in Defiance, but that’s because I simply stood there instead of dodging away. :p Instead, it seems to be a more horizontal progression. I get “EGO units” which I can spend on mostly passive abilities. I also unlock slots to equip those abilities the higher my EGO rating goes (EGO rating is kind of like XP, I would say?). In other words, I can have a build with some chosen passive abilities.

What I like is that it feels like rifts in Rift and dynamic events in Guild Wars 2. That is, I drive through the world (yes, I drive. They gave me a runner!) and will inevitably run into an event sooner or later. Some are marked on your map even, especially the larger ones. The world feels alive and there aren’t little concentrated quest hubs where you’ll go, pick up quests, go do them, then return to that quest hub and move on to the next one.

Speaking of runners: The vehicles in this game are so much fun! You can’t destroy them, thankfully, or I would have needed to buy at least a dozen new vehicles by now. But you can run over the mobs in this game. Especially the hellbugs… muahahah. :p Other than that, obviously, you’re much faster with your car than on foot. Bookahnerk and I spent some time together yesterday unlocking some travel points (like waypoints in Guild Wars 2) and we had much fun racing through the streets to see who’s fastest without driving against a tree or into the ocean. The travel points, as mentioned, are like waypoints in Guild Wars 2. Once unlocked, you can click on them from anywhere on the map and instantly teleport there, so traversing the map never takes too long. But with the enjoyment I get out of driving my runner, I don’t actually teleport as often as I could. There are also “pursuits” (like achievements in other games) and you can also level your vehicles (and your weapons, too!) which make them a bit faster.

There is a nice choice between different weapons. My favourite weapons are the assault rifle and the BMG (Bio-Magnetic Gun). The latter actually lets me heal which is amazing and I am not dependent on heaving enough ammunition with me.

However, this post was not meant to be an impressions piece and certainly not a review! I just wanted to note that this is a fun little game with action-oriented combat, that I almost missed. So far, I did not receive any spoilers for the TV show Defiance (although since it’s cancelled, I guess this won’t be an issue anyway for those who already finished watching all three seasons). I also really love that I do not get motion sickness from playing this game which makes me look forward to Fragmented even more now, since it looks as if it will have the same kind of “third person view” to play with. 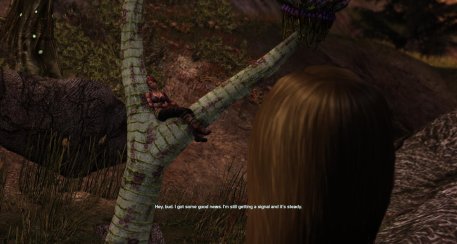 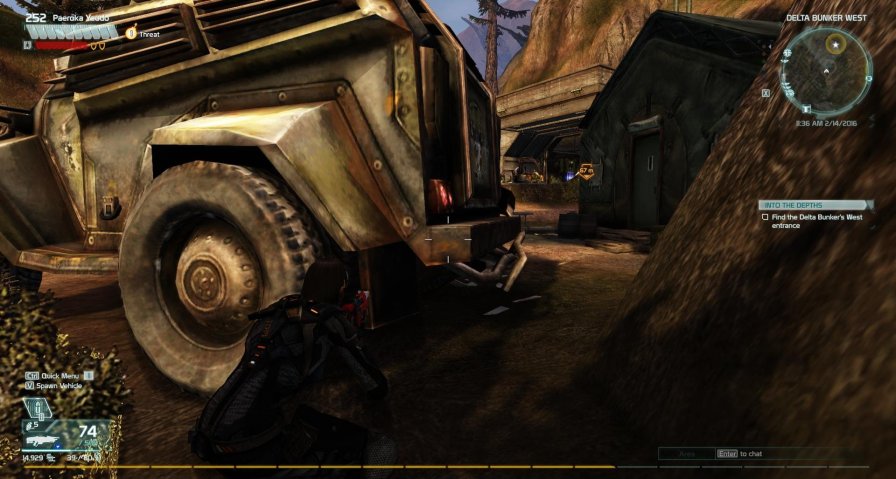