As I mentioned back in August, October is a pretty busy month with several games releasing or adding updates that I’ve been looking forward to. There is one notable exception. Van Helsing: Final Cut was supposed to launch on September 23, but on September 22, they made an announcement saying the release was postponed and rescheduled for October 7. On October 7, a few hour before this supposed launch, they announced that the release is delayed again. What I don’t mind at all is postponing, so we get a finished and polished game. What I do mind is a company apparently not knowing this is necessary until a few hours before launch. It looks as if this company was a bit clueless when it comes to estimating how much work still needs to be done. Or they did know, but did not want to tell us until basically the last minute. Either way, I am annoyed with how they handled it – twice, I may add. I am not annoyed that they want more time to test and polish the game. In fact, I think we can all agree that this is even a good thing. They obviously care about the game and want it to be in a good state.

And for me personally, it makes October a little less busy. :p

So, what have I been doing? Apart from preparing for the new semester at university (some big change is happening which caused us quite some extra work and will continue doing so for the next year, at least… which also means more work hours and, of course, more money for me!), I spent my free time playing Cities Skylines: After Dark. But only until the day that Prison Architect released. Since then, I have spent the bulk of my gaming time building prisons. They added campaigns which slowly introduce you to the game and show you the features you can use to have a good and well-functioning prison. But don’t get me wrong about “After Dark”. I really love that expansion! It’s just that I’ve been waiting so long for the release version of Prison Architect. The game was “complicated” enough already, so I did not want to get into the game during alpha where things were constantly changing or features were being added. 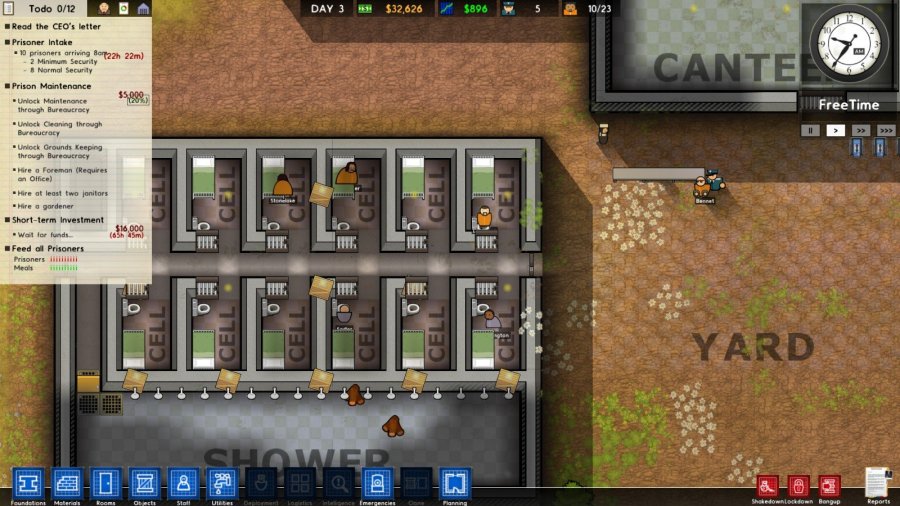 Thanks to the campaigns, it is now very easy to get into the game and accustomed to what you need to do and it’s just a lot of fun to build and expand your prison and take care of your prisoners.

Wildstar is another big item on my list and, as was to be expected, the game had quite a lot of problems after switching to free to play with login queues and lags. By now, I have not seen any queues anymore and have not experienced lag either, even on a Friday evening. So I assume that everything is under control now and we can all enjoy the game now. I do, at least! My medic is level 23 now. I know, I know. I am levelling very slowly. But that’s because I want to enjoy the time I am playing the game without rushing to max. level.

This weekend, I am also dipping my toes into Blade & Soul which has its technical alpha until Monday evening. It seems… Asian, for lack of a better description. I will probably write more about it later.

Last but not least (on my list) is Guild Wars 2. The last beta weekend has come and gone and I tried out the ranger specialization (druid) for a tiny bit and the engineer one (scrapper) for a bit more. I have now made the decision to bring the mesmer and the engineer into Heart of Thorns. I used to play warrior most of the time, but she has gotten a bit boring to play lately and the specialization didn’t sound exciting to me either. The first time I had started playing an engineer, I said that I love this profession, but what I really want is a melee weapon. Now it’s here and it felt great! Although I will still play my mesmer first, as she is much more advanced already (gear-wise, for example, but also much more hero points which are needed to unlock the specialization and new skills). The expansion will launch in 13 days, so in October, making it a perfect end to a busy gaming month.