Apparently, it has been almost two years since I have last shown you all my virtual “mini-me”s. I figured that Blaugust is the perfect month to give you an updated version. Especially since I picked up several new games in the meantime and decided to drop some others. And, you know, I need to fill my blog with content. November 2013, when the first mini-me edition was posted, was also one of those “blog once a day” months. The things we write about when we get desperate…

First game on this list is Guild Wars 2. Not that much has changed. I still play Flummi, my asura mesmer, and Paerjja, my asura warrior, as my main characters. Although the focus has shifted away from the warrior towards the mesmer. The biggest change has been the new look for my warrior. No more cute hairstyle, but a mohawk instead! And different facial markings to go with it. This happened quite a long time ago already, I almost forgot that she did not have that mohawk from the beginning on. 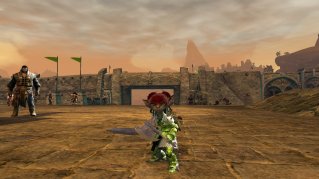 The second game is Rift. I have now pretty much settled with my cleric being my main character, even though I can’t play her. :p I may have to look at viable solo builds at max. level, I think. Anyway, she also did get a change in looks, albeit a very subtle one. Her hair has a slightly different reddish colour. Changing your character’s look is free in Rift, so I could theoretically change her hair colour as often as I like.

Trove is tricky. You only have one character, but you can switch between all classes with that one character and you can have a different look for each class. So I chose to show you my favourite class which is the Pirate Captain – and the Candy Barbarian, because this is the class I use for “farming stuff” when I’m not levelling my other classes (both Pirate Captain and Candy Barbarian are at max. level already). 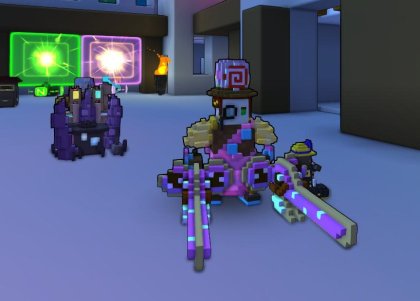 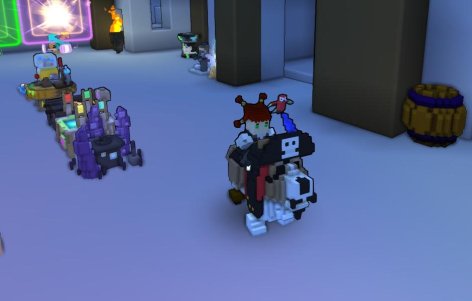 Last but not least, say welcome to my newest virtual incarnations: Gechi Rosix, my Granok Medic, and Firaya Sunflower, my Aurin Spellslinger. 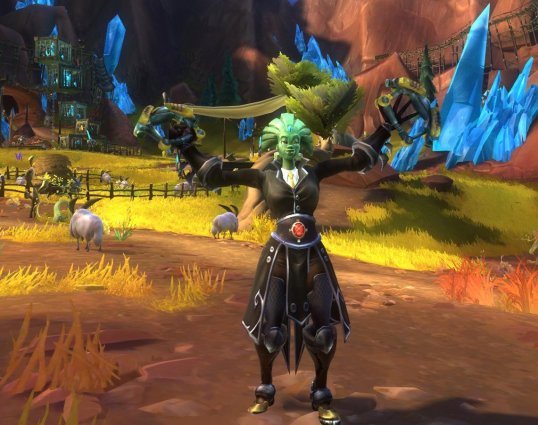 Those are the only games I’m actively playing at the moment (as if four wasn’t more than enough already, right? :p).