Just a few days ago, I wrote about gamescom and how we saw the booth of NeoCoreGames. I had played a tiny little bit of Van Helsing: The Final Cut. Up until that point, I had never even heard of the games and it is actually a trilogy. But after having played through Torchlight and Diablo 3 (and wanting to play Torchlight II together with bookahnerk), I thought adding another action RPG to my games list wouldn’t hurt.

And what a coincidence, this weekend the Van Helsing games were put on sale on Steam. If you own all three games, you will get “The Final Cut” for free, by the way. If I understood it correctly, “The Final Cut” will be all three games combined, polished and with some content added. There will also very likely be a way to import your characters. I have not really delved far enough into the games and everything around it to understand it completely. Here is the original announcement from NeoCoreGames and this is what they say about the pricing:

The Incredible Adventures of Van Helsing: Final Cut will be available in September 2015. It will be a standalone title on Steam, priced $44.99. But here’s the twist: anyone who owns all three games in the trilogy already, will get this epic game for free!

So, I could either buy all games for 24 € now (plus Deathtrap) and already start playing or wait another month and get only the standalone for 45 €. Yes, I know I have too many games unplayed in my Steam library. I also just recently got “Transistor” as an early birthday present – but seriously. 24 € and I’ll get the other one on top later? That made my little gamer heart rejoice. :p

But enough about the pricing and the advertising for Steam’s sale (going on for a bit less than 30 hours as of now, by the way. :p). Here is my very early first impression of the first game of the trilogy.

You get a companion, Lady Katarina. She is a ghost and will fight according to your preferences. You can set her to melee, fight in range or just stay in her usual ghost form and not participate in the fight. You can also change her behaviour to defend you, or to attack the weakest creature and so on. Of course, in order to have all of that work accordingly, she also gets skill points when she levels up and you can customize her even further that way.

Since I bought the complete pack, I also got the three DLCs for the first game which add two more character classes to choose (Thaumaturge and the Arcane Mechanic) and an additional skill tree for Lady Katarina. I tried the Arcane Mechanic, but didn’t like it too much, so I switched to the Hunter.

What I really like so far is that your companion has a “shopping feature” like Torchlight has. You can send Lady Katarina back to town to sell items that you have found and she can also buy health and mana potions. But they expanded that feature. You can click on what kind of items Lady Katarina picks up for you! I set it to pick up gold. It will end up in my own inventory, of course, but I save myself from clicking on the dropped gold manually. I also gave her a few health potions which she uses herself to keep herself alive. Speaking of heal potions: Using them is on a cooldown. I didn’t know this at first and ended up dying quickly because of that.

When you’ve played this kind of game (e.g. Diablo or Torchlight) before, I think it’s very easy to get into Van Helsing. I guess this is true for all action RPGs, right? Once you know one, you kind of know them all. There is this familiar feeling somehow. But that’s what I like about this genre! It’s easy to get into and most of the time, you get a nice story on top as well as the feeling of joy when you have found an item that is an upgrade. 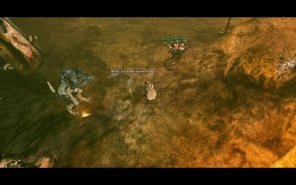 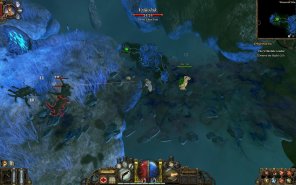 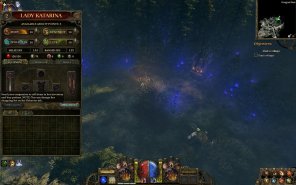 According to the ratings on Steam, the first part is the best one with 86 % positive reviews. The second game gets 69 % positive reviews and the third one only has 56 % positive reviews. However, I have only started playing the first game, so I can’t say anything about the other two. I can hardly even say anything about the first one yet. I just wanted to share this with you in case you’re interested in this as well and want to take advantage of the sale on Steam. :) So far, I would say it’s well worth the money and I finally have another action RPG to play – in case you’re wondering: I’m scared of Path of Exile. That skill tree… and the inability to respec when you messed up. Eep.