With the expansion being postponed, my plans to play said expansion during my vacation (it was a coincidence that my 5 day vacation was exactly when the expansion should have been released. I thankfully did not take days off to play that one! ^^) were almost cancelled. That is, until I realized that the expansion is available on the Public Test Server and there is nothing stopping me from checking it out already! I don’t think I’ll play it much, but I do want to have a closer look at what’s to come.

So this morning, I logged on to prepare my warrior. Her macros got deleted when I tried the instant level 60 buff that comes with buying one of the two higher priced collector’s editions. I also had a look at the mailbox and my CE items were waiting for me. To be honest, I had totally forgotten that my CE edition comes with dimension items. As a note, in case you haven’t bought any of the Collector’s Editions yet, those items are not available with the cheapest version, the Typhoon Edition. You need to get either the Infusion Edition (44,99 €) or the Ultimate Nightmare Edition (134,99 €) in order to receive the companion pet and the dimension items.

First of all, there is the companion Bloop. It’s a purplish jellyfish. It has the same animations on land and under water. 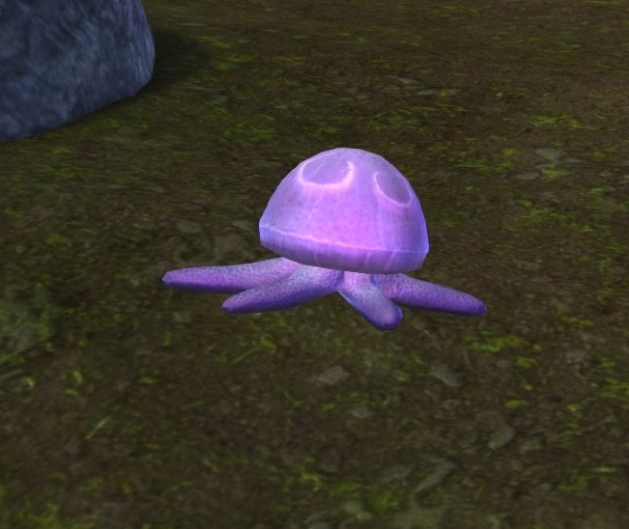 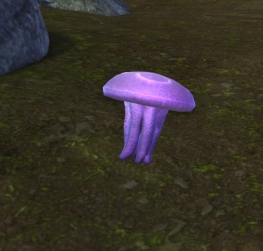 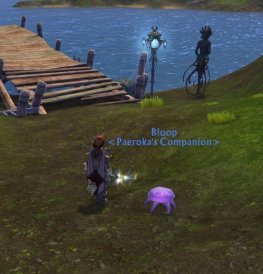 To be honest, I’m not fond of anything that lives underwater. I don’t think I’ll have Bloop out very often if at all. Especially not since I’ve gotten my duck, the Ducklar.

But on to the dimension items. I took screenshots of the items in their “natural size” which they have when you first place them. Some of those items are huge!

Let’s start with what you are getting: One Rusted Metal Ship, 5 Draumkent Plaza Lamps, 1 Glass-bellied Mermaid Statue, 2 Massive Petaled Corals, 2 Jellyfish Tanks and one Snowy Whale Skull. All items are soulbound, so unless you pay money for the collector’s edition, you cannot get them.

The Rusted Metal Ship is rather cool if you ask me! The default size was a bit too large, even for my big dimension. But after scaling it a bit down, I really like the look. Too bad the doors don’t open and you can’t get into the interior of the ship. 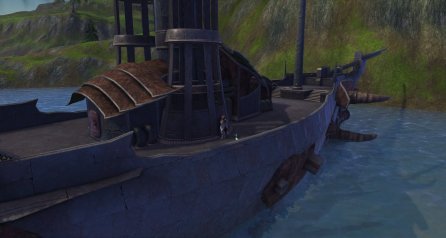 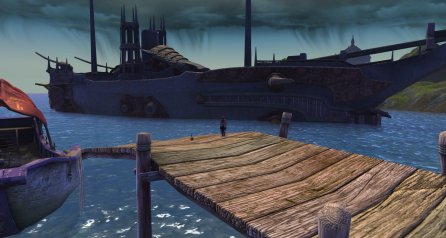 This is the default size of the ship 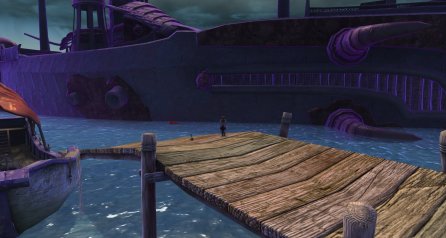 I think this is the largest you can scale the ship

The next item is the Draumkent Plaza Lamp. I really love its look. I’m not sure the lamps go with the one dimension I’m currently building in, Faen’s Retreat. I’m trying to build a cozy little oasis there. However, I still really love the design of the lamps. 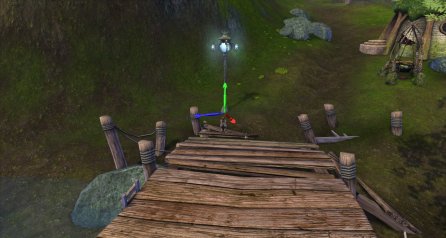 Default size of the lamp 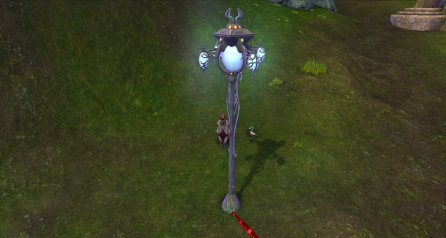 The glass-bellied mermaid statue is tricky. I don’t really know why I would want a pregnant mermaid’s statue in any of my dimensions. Of course, that could be because I do not have any dimensions that are water-themed and I highly doubt I ever will have one. I’m also wondering if it shows a specific mermaid that we’ll maybe meet in the expansion or if it’s just a random one. 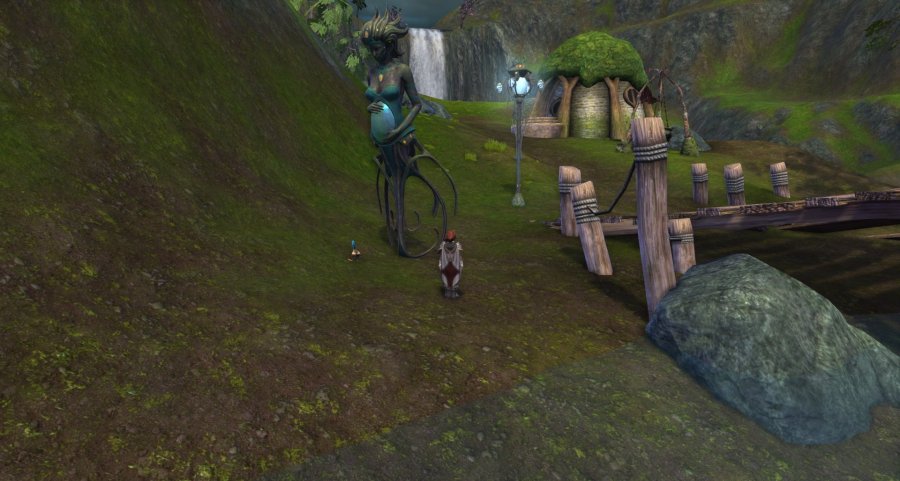 The Jellyfish Tanks are two more items that I doubt I’ll ever use. As I already said up there, I’m not a fan of any creatures living underwater and jellyfish are definitely not an exception. I put the tank up outside of the water, but I can also imagine it looking nice underwater. The default size is quite large. I almost missed that the tank has a lower half as that was below the ground when I first placed the item.

Now the ship and the tanks have already been rather big. But the next item even has “massive” in its name: The Massive Petaled Coral. You’ll get two of those. Good luck finding enough space for them. ;)

I actually like the look, but again, I’m not sure I’d use them. I’m not even sure they fit into the small puddle of water that Faen’s Retreat has. Other than that, I think it’s pretty. Maybe you can even build one or two houses to live on there. When a ship fits, I’m quite certain a small house fits, too. ;)

This should be the smallest possible size of the coral

Coral with the new ship 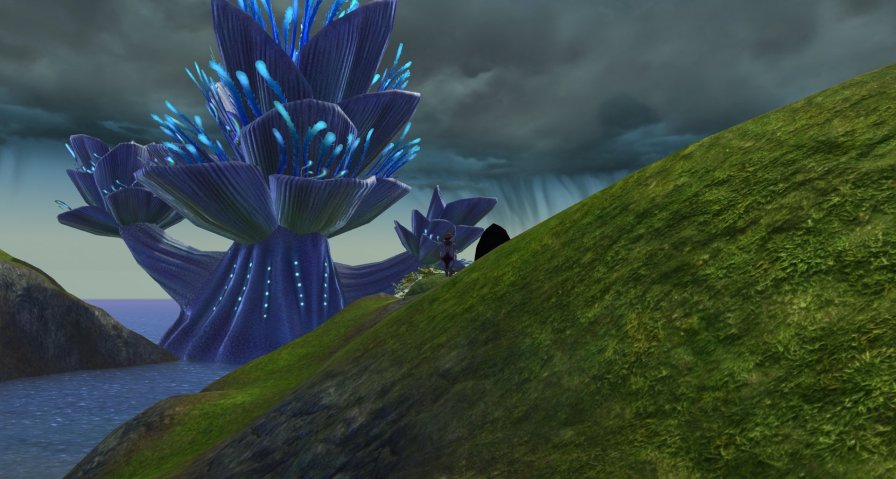 Default size of the coral

The last item is the Snowy Whale Skull. Just a whale. Nothing dramatic, right? If this is the skull, however, I’m dreading to see that animal in its living version…

Default size of the skull

Altogether, I do not think I would have bought the Collector’s Edition only to get those dimension items, but I also do not regret paying for it and getting those items. It’s not that they are ugly per se, it’s just that I prefer a different look for my dimensions. I do like the ship, though, and will definitely put that one into my Three Springs dimension (that is the one these screenshots were taken in). And maybe I’ll find a use for the lamps.