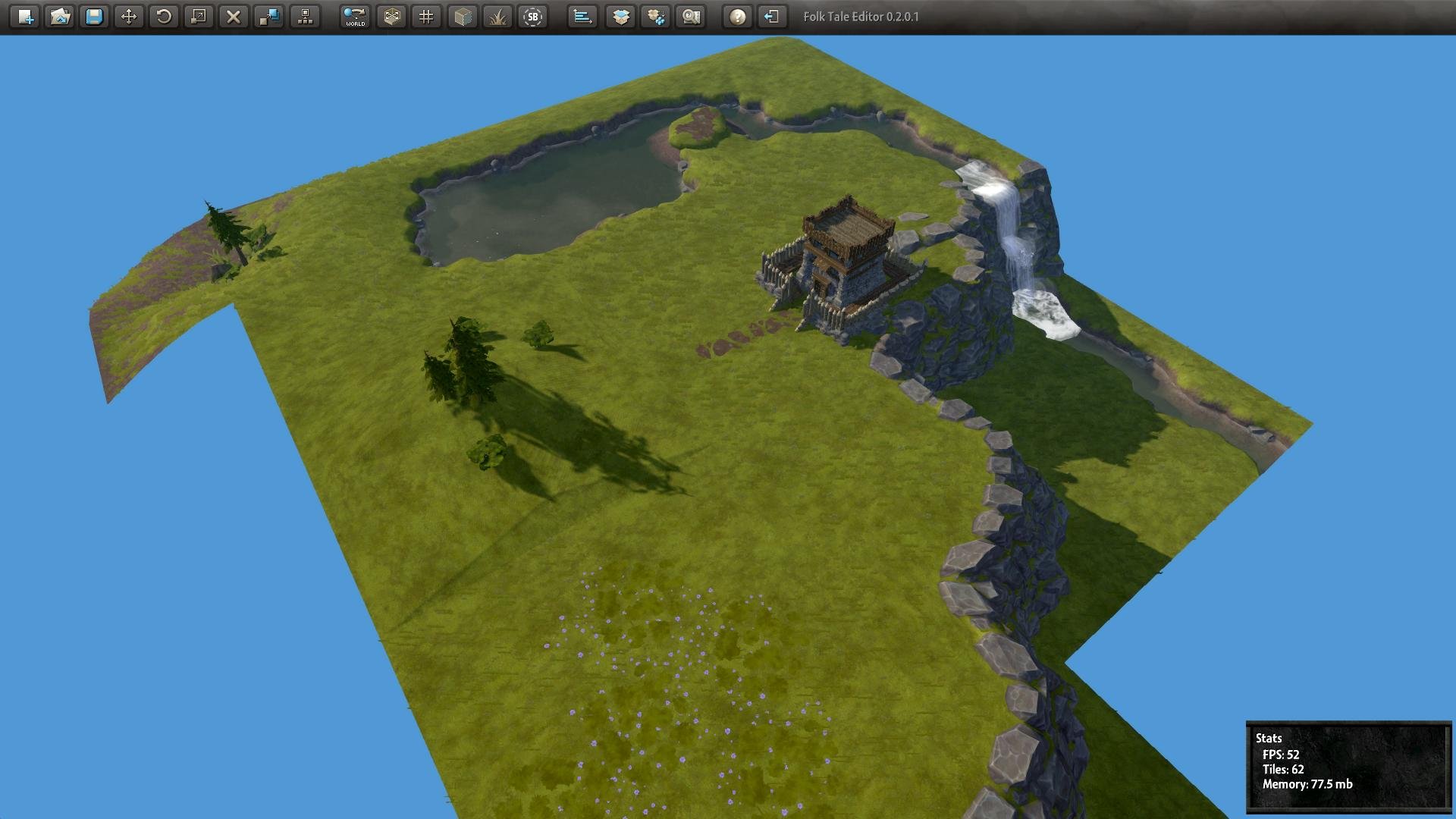 Welcome to today’s Bookahneer’s Geekwatch and the first Geekwatch in 2014! The place about miscellaneous interesting news related to Guild Wars 2 – and on occasion, other games.

We have been relatively quiet for some time, as we had visited bookahnerk’s family over New Year’s. My plan had been to use the time away from my main PC to play around with Folk Tale and its Location Editor Preview on my laptop. Unfortunately, my laptop – which isn’t a gaming laptop – can’t handle the game. I shouldn’t have been surprised about that, I guess. ;) On the other hand, that left me with more time to play board games with the family which isn’t a bad thing either (and I got to play all the expansions we have for Talisman now).

So, as I just mentioned, Folk Tale got another update. Yes, updates are very slow with Folk Tale and if you have bought into their Early Access, you’ve got to be patient. But they do update us regularly on their blog about the progress behind the scenes and I was very pleased to see they kept their word and rolled out the Location Editor Preview before Christmas. What it does is basically let you build maps. I decided to start slow and spread out over the map later. What you can see in the picture below is just a very tiny area of the space that I could fill theoretically. But even this tiny space took me about an hour or two. I need to get used to the controls first and need to get to know all the different pieces I can add. But it’s a lot of fun! I still do not regret having spent money on that game. True, it’ll take forever to get my hands on the game, but it still looks like it’ll be a great one for me. And in the meantime, I have this thing to play around with. I’ll build my perfect like Paerokaville. ;)

If you’ve been away over the holidays like we have, you may have missed the winter events. Guild Wars 2’s Wintersday is running till January 21 (the next patch will be on that day, so depending on when the patch lands, which time zone you’re in, etc. make sure you’re done with everything on January 20!). Rift’s Fae Yule Celebration will be available until January 9, while Lotro’s Yule Festival will end on January 14. So, no matter which of these three games you’re playing, you still have some time left to finish everything.

Of course, even gaming companies, or rather their employees, take some time off during the holidays. This means there weren’t any live streams from the developers. The first 2014 twitch live stream from TrionWorlds will be next Friday, January 10, 2014. It has become part of our weekly routine to have the live stream open on Friday evenings, so it was a tad bit disappointing that there were no such entertainment this Friday. ;) Guild Wars 2 did not have any live streams either. They are concentrating on finishing/making the next four living story releases. Hopefully, after that, I will never have to see Scarlet again. I suspect ArenaNet will have another live stream soonish for the next patch. With the patch coming on January 21, I doubt the live stream will be this Friday, though. Oddly enough, Turbine – or their community manager Sapience, at least, is joining the ranks of using twitch live streams. Sapience wants to start streaming regularly. Nice to see them getting closer to the community. Or, we’ll see, at least. 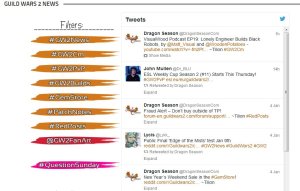 And last but not least, I am proud to mention that Tilion from Dragon Season launched a News Section on their website! This works by him and certain partners using the twitter hashtags you can see on the left when they are making tweets on Twitter. Bookmark this site if you don’t want to keep checking the Twitter website for news about Guild Wars 2.