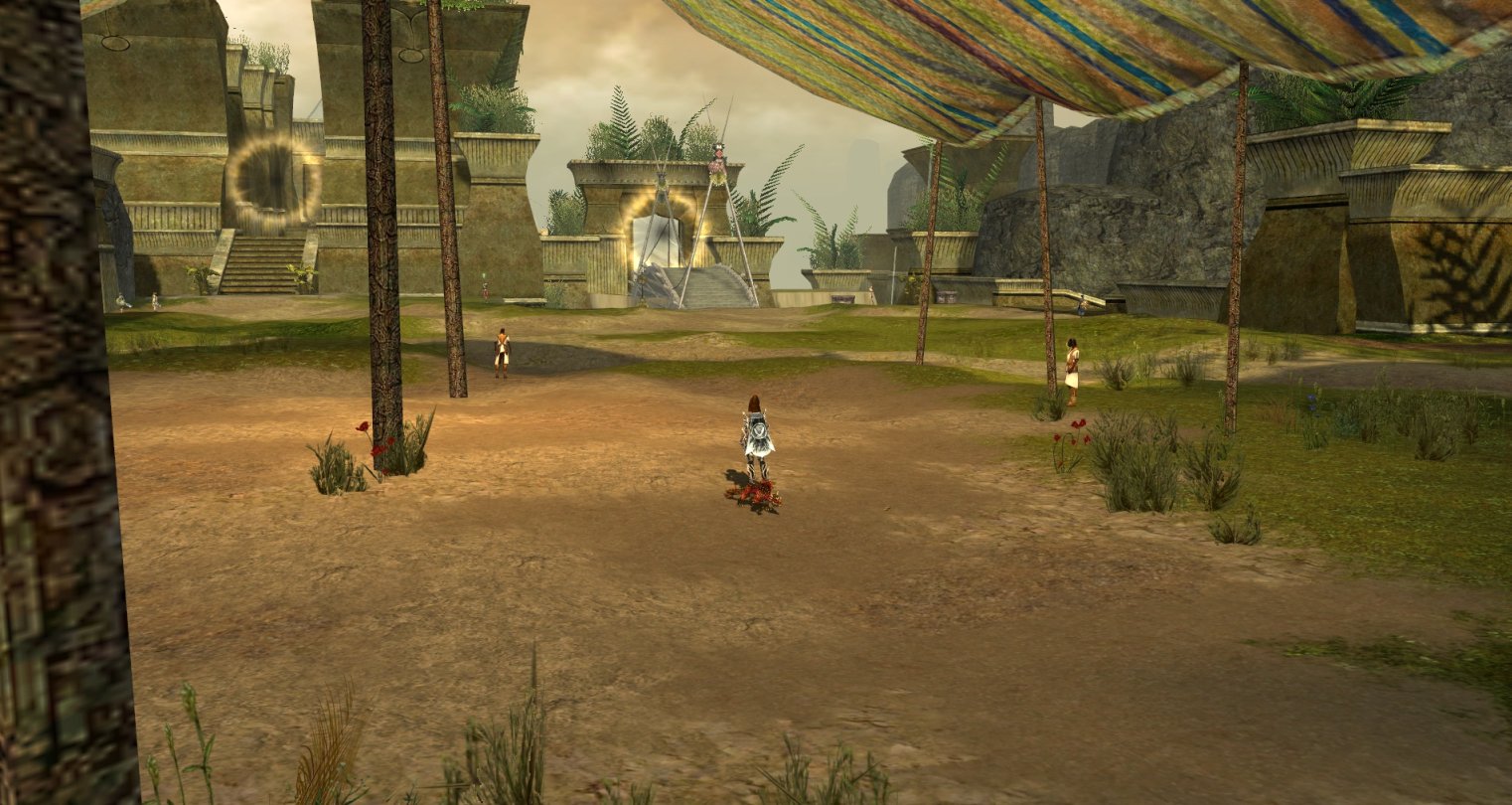 Before Guild Wars 2 came out, I still had lots on my “I would love to do/see that” list. A lot of those things got done like the 30 points in my Hall of Monuments (Hurrah!) or playing through the Eye of the North campaign and seeing the Pale Tree.

A few things, however, are still left.

I admit, I have never played through Prophecies! It was the last campaign I bought. The first was Nightfall, which I’d recommend for newcomers because its tutorial is the easiest to understand. After that, I wasn’t sure if I should get Prophecies to see the ‘original game’ or whether to get Factions instead because the setting looked amazing. Eventually, I chose Factions for the “eye-candy” (if only I’d known how ugly big parts of Kaineng City were). When Eye of the North got released, I bought it in a bundle with Prophecies. So far, I have played a character through the Searing and then had my warrior come over from Nightfall but she got stuck in what felt like an endless mission and I told myself I’d continue once I had the time and patience for it. I’m terribly impatient, though. ;)

I had also wanted to play through Guild Wars Beyond, the new story bits that were released for helping us transition to Guild Wars 2 story-wise. But eh, Guild Wars 2 itself got in the way of doing that.

I briefly returned to Guild Wars yesterday and was sad to see how empty Kamadan was. I guess it’s a mix of people being bored with the game after having seen everything, people leaving because others are leaving and/or people exploring Guild Wars 2. But surely, I can’t be the only one who’d still enjoy playing the game and who still has goals or things to finish, right?