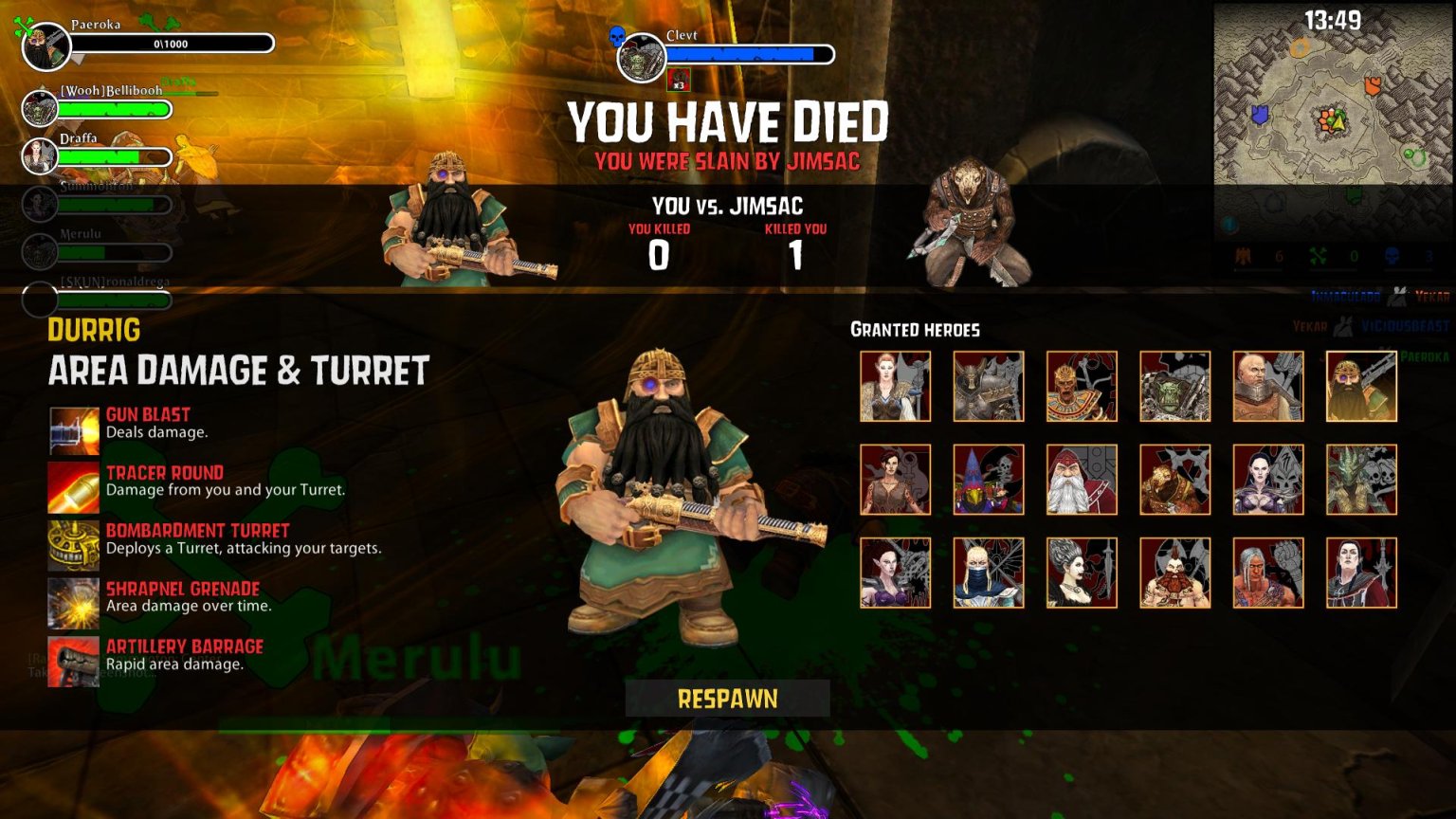 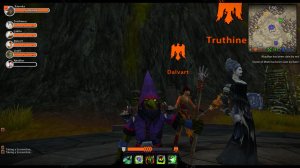 Cynical Brit’s YouTube video “WTF is Warhammer: Wrath of Heroes created some buzz apparently. At least, in the world of Google+ and on the Warhammer Online forums. Its NDA was dropped a while ago, so I can safely write about the game, I guess. In general, I do agree with quite a lot that Cynical Brit is complaining about.

Let’s recap first: What is Wrath of Heroes? It’s a MOBA-style game. Or, in other words, it’s Warhammer Online’s scenarios with an added third faction and all things like skill trees, armour, levels etc. removed. There are different heroes (e.g. a goblin shaman or a human bright wizard) and when a match starts, you choose one of them. Whenever you die in a match, you can choose to play as another hero. There are no restrictions as to which heroes can play together (so yes, skaven, greenskins, dwarves and humans can be in one team). This game’s going to be f2p and they seem to be targetting the casual crowd rather than the hardcore gamers. 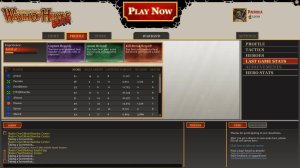 I’ve been in the beta since the beginning (if I remember correctly). Bookahnerk also got his invitation when I did (though he never got further than logging into the game and looking at the lobby). Before Warhammer Online launched, we both ordered a Collector’s Edition and I was in the game for 7 or 8 months (paid for a full year but quit before the last 6 months sub ran out). So when I heard about Wrath of Heroes, I was carefully excited. I’ve played lots of matches in the game now and… well, I guess I can say that I like it. Performance-wise, this game’s great. I haven’t noticed any lags, hitching, stuttering etc. (like I did in Warhammer Online). I’ve also not gotten stuck in various landscape areas like I did in WAR. ;) So, I thought it’s important to mention it. The most interesting part of this game is that it has three factions. It’s not just you against the others. It’s about where to fight next, which side to ignore for the time being. Or maybe even to fight together with one of those sides in order to battle against the third side that’s about to win the game… only to then turn against your temporary allies and stomp them into the ground as well. 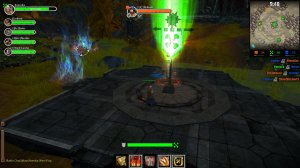 But now, on to my concerns: One thing that I can’t stop wondering about is whether the developers are serious about this game. It’s just the little things… the game is not under an NDA anymore but I didn’t see many people write about it (which is not the developers’ fault, I guess). But there are also not many news, interviews etc. about it. I haven’t seen much advertising. I really dislike that there are no official forums. Communication goes through their Facebook page. And that’s even sillier considering that Bioware does have its own forums. Wrath of Heroes is NOT a Facebook game. Bioware’s “Dragon Age Legends” is, though. However, Dragon Age Legends has its own subforums on the Bioware forums. While the game was still under NDA, you could only view and write in those forums when your account was registered as participating in the beta. So, while this Facebook game got its own forum on the Bioware forums, Wrath of Heroes, which isn’t a Facebook game, doesn’t get its own subforums. Warhammer Online’s there as well. They had their own independent forums taken away quite some time ago. ;) I just don’t see how they can really gather that much feedback this way. Yes, they have an email address that you can use for sending feedback. And they have their survey that you can fill out regularly. But that’s all one-sided communication. I also don’t really know who’s in their team. I assume it’s Paul Barnett, Carrie Gouskos and whoever that other woman was that we saw in the infamous panel (was it at ComicCon? I forgot). But maybe I’m reading too much into this and it’s perfectly normal for a game to not have advertising, a huge indepth website (in this case, it’s a subdomain and the website itself doesn’t have too much information… looks like a wordpress blog to me ^^) or forums. 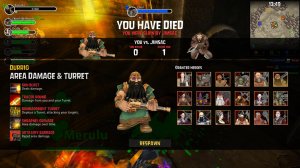 Each hero only has 5 skills. I’ve seen this being criticised more often. It works in League of Legends but there, it’s not just 5 skills that each “do damage + X” (where X is something like a heal, debuff, buff etc.). You level up your skills and you decide in which order you learn those skills and/or level them up. You can buy items during gameplay to help your character etc. While I like playing and trying out the heroes, once I know which skill does what, there isn’t much of a challenge anymore. It’s not like I can do that much to win a fight against another hero on the open map. If you ask me, Wrath of Heroes isn’t too similar to LoL but rather to… well, of course, Warhammer Online. ;) Or other MMORPGs. So being restricted to only 5 skills with no further choices seems too shallow and easy to me. Even Guild Wars gives us 8 (and yes, I know that Guild Wars can’t be compared to WoH… I just thought I’d throw it in here because my first thought in Guild Wars had been that 8 skills aren’t enough at all. And in GW’s case, I changed my mind. They are more than enough! But in WoH, those five skills don’t work well enough, I think)! On the other hand, there’s still room and stuff to come. Like tactics. And the new thing that lets you roll at the end of a match which gives you gold (and maybe other stuff in the future?). I wonder what we’ll be able to buy from this gold.

So all in all, I think it’s a solid little game that is fun and great for people who are just looking for a short match or two after work, for example. A game where you just need a couple of friends but probably not hours upon hours of training to stay competitive. My biggest complaint at the moment is that it can become quite dull with only the five skills for each hero and no further customization (during a match) and, the biggest issue I have, my lack of faith in Bioware Mythic and their sincerity when it comes to their product.